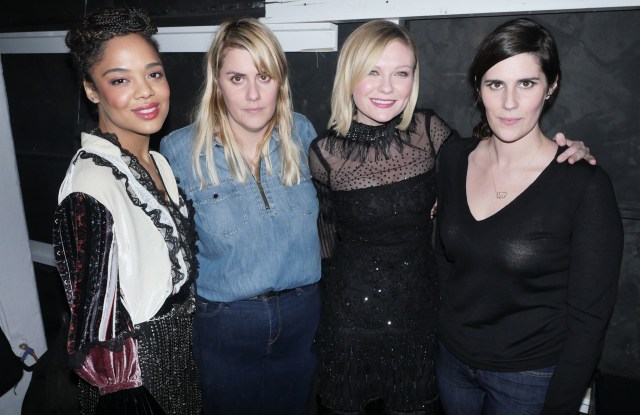 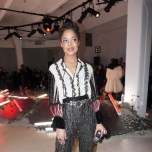 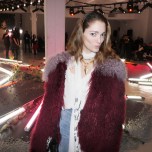 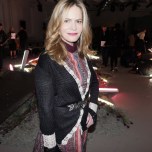 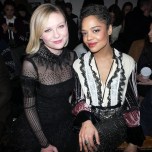 It was no surprise to see Kirsten Dunst sitting front row at the Rodarte show on Tuesday morning. The actress pretty much defines the concept of brand loyalist. “They tell such a unique story, there’s no one like them. Every time it’s a surprise,” she said of their aesthetic.

The actress has been a longtime friend and muse to the Mulleavy sisters, and soon she’ll add “collaborator” to that list. “We made a movie together this year,” she said, referring to “Woodshock,” the upcoming film the designers wrote and directed, which also stars Joe Cole and Richard Linklater’s daughter, Lorelei.

“They’re two of my best friends,” Dunst said of the Mulleavys. “So it couldn’t have been better, to be honest.”