Foxes, Rainey Qualley and Anna Brewster were among the guests. 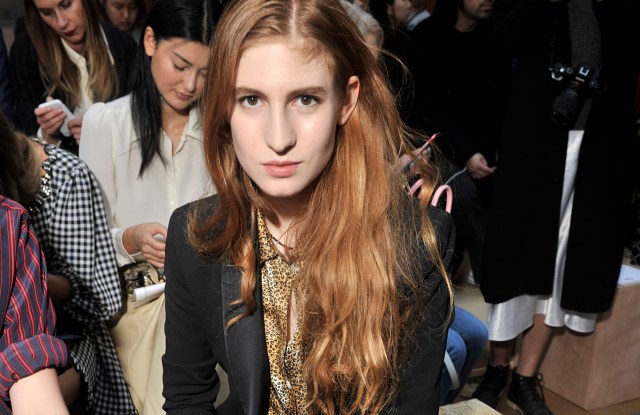 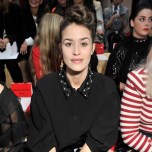 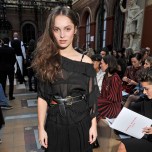 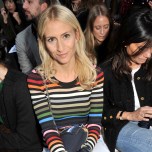 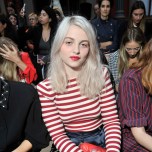 SOCK IT TO ‘EM: “Ooh, they’re socks,” said singer-songwriter Louisa Rose Allen, better known under her stage name Foxes, as she discovered the striped hosiery in her gift bag at the Sonia Rykiel show Monday evening. Similar exclamations about the down-to-earth gift resounded down the front row in a multilingual chorus.

Many a famous face turned out for the show, which was something of a tribute to the late designer, who died in August. Front row guests included Bianca Brandolini, Rainey Qualley, Anna Brewster, Aurelie Bidermann, Jeanne Damas, Lola Le Lann and Lou Roy Lecollinet.

“It feels really iconic, and the turnout is beautiful,” said Allen, who has just finished a tour with Coldplay and is about to start writing a new album.

“I need to get some life experiences, and come away and figure out what I want to write about,” she said. “I’m going to travel the world a bit and see what happens after that, get my mind into the space of writing again.”

Qualley also had music on her mind. The actress, who is Andie MacDowell’s daughter, recently began recording under the name Rainsford and just released her second single. “It’s been great, really fulfilling,” she said. “I have five singles lined up ready to go. I’m just chomping at the bit, I can’t wait to get it out.”

Like the socks, Anna Brewster had a bit of a stripe theme going on in her distinctive Sonia Rykiel knit dress. The British actress is just back from promoting “Versailles” Stateside, where it launched last Saturday. “It’s gone really well, the reception’s been really good,” she said, admitting that the American audience had so far been less shocked by some of the racy scenes that the Brits had when the French series came out there. “They’ve accepted it,” she said.

“We’ve just finished filming season two, which will be out in March next year here.” Any spoilers? “No, I haven’t had any drinks yet so I’m not giving anything away.”