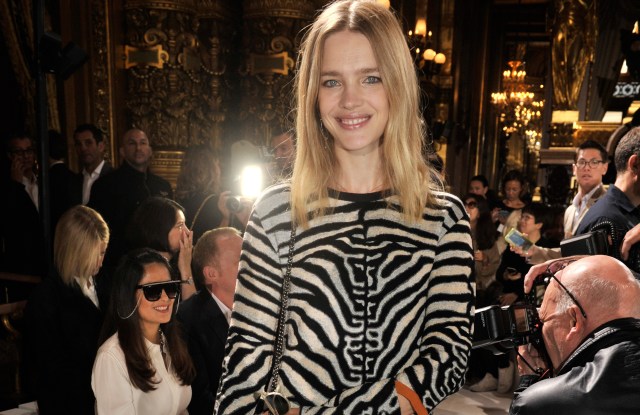 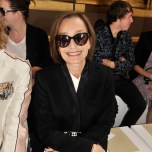 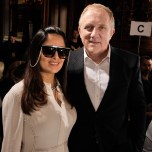 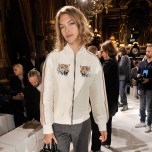 GOOD DEEDS: The dancing finale at Stella McCartney’s spring show was a hoot, and will no doubt earn fans on social media. Among those filming the spectacle was Salma Hayek.

According to model and philanthropist Natalia Vodianova, who also took in the display, Facebook alone generates 5 billion likes a day. Her aim is to capture even one percent of that traffic and turn it into charitable donations via the “love” button on her micro-fund-raising app Elbi.

“It allows people to do good everyday, on the go,” she said, explaining that users can create content, send messages, or donate directly to a rotating list of 45 charities.

Also at the show was Maryvonne Pinault, wearing a black pantsuit by Pierre Cardin; and Kristin Scott Thomas, who learned backstage that McCartney is to introduce men’s wear.

“What a good idea, she’s such a brilliant tailor,” said the actress, a fan of McCartney’s coats, including one from 12 years ago she still wears.