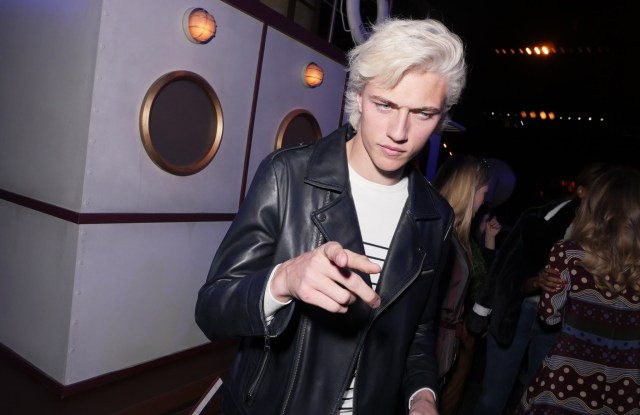 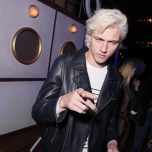 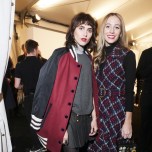 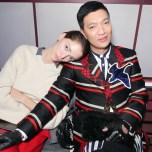 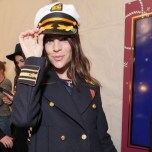 Tommy Hilfiger’s Monday morning was a Gigi Hadid party from start to finish. Not only did the model open and close the show, she also walked once more in the middle, making that three struts down Hilfiger’s nautical runway. Hadid, who was recently named an ambassador for the brand, was surrounded by other “It” models, including Hailey Baldwin, Martha Hunt, Taylor Hill, Binx Walton and Stella Maxwell, and further proved her “It” status by drawing a front row of, well, “It” girls.

It was also a family affair, as Hadid’s mother Yolanda Foster and brother Anwar Hadid sat across from the “It” crowd to watch Gigi on the runway. “I’m excited to see all the girls, I’m excited to see the whole collection,” said a Hilfiger-clad Foster. “I’m so impressed by this. As everybody knows, I’ve been in bed for almost four years and just to get out and see this is like wow, this is huge! I went to one show before, to Gigi’s Victoria’s Secret show, but this is impressive.”

As was revealed in December, Hadid is collaborating on a capsule collection with Hilfiger. “It’s amazing. I saw a couple of pieces yesterday and they look amazing, like when I saw it I was like, ‘oh my god — so Gigi, so Tommy, togetherness of two extraordinary people,'” Foster said.

Though she hasn’t been front row for many of her daughter’s shows, she has yet to miss one. “I live-stream, I watch every show she’s done and every time I cry,” she said, “So I hope today I’m not going to cry.”