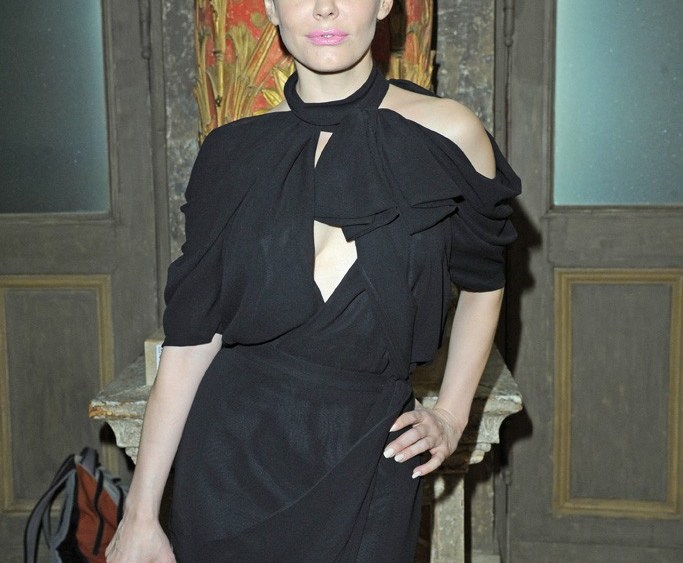 VIRTUAL PRESENCE: For their return to couture, Viktor & Rolf chose the Gaîté Lyrique, a former theater that has been converted into a digital arts and modern music center.

Guest Dakota Johnson has been immersing herself in video games, having recently completed shooting the film adaptation of “Need for Speed” with Aaron Paul and Dominic Cooper.

“Aaron’s character is the good guy in the movie. He’s the star of the film and does amazing work, and I play his ex-girlfriend. And Dominic is sort of the bad guy, and I’m his fiancée,” said the daughter of Don Johnson and Melanie Griffith.  “She’s a really sad person, which is kind of why I liked it.”

Johnson brought along her 16-year-old sister Stella Banderas, Griffith’s daughter with Spanish actor Antonio Banderas. Asked if she plans to follow her famous parents into showbiz, Banderas vigorously shook her head. “She has no interest. She is really uncomfortable right now,” said Johnson.

Taiwanese actress Pace Wu was preparing for the August release of “One Night Surprise,” a romantic comedy starring Fan Bingbing and Aarif Rahman. Her next project will be in the same genre. “I wish it were action, but it’s not – it’s a romantic movie,” she shrugged.