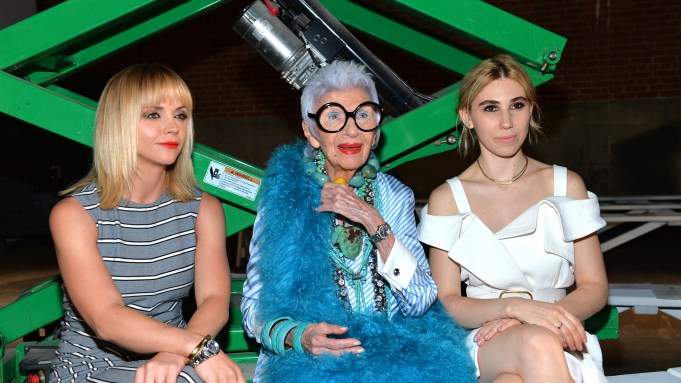 “Is there going to be a fashion riot?”

Outside of the Monse show, the frustration among the swelling crowd was palpable. The line to get in stretched down 23rd Street, and a large cluster of ubiquitous front row faces — reviewers, editors — were in a situation more reminiscent of the crowds that mob outside of a downtown nightclub. Three days prior, the show’s venue had switched from The Rooftop at Hudson Mercantile to ArtBeam due to “overwhelming response;” the news of codesigners Laura Kim and Fernando Garcia being named creative directors of Oscar de la Renta last week surely added to the RSVP volume. At least one VIP had the misfortune of first venturing to the wrong venue.

Inside, Christina Ricci was settling into her front row seat, where she quickly learned of Kim and Garcia’s newest gig. “It’s really exciting — two of my favorite houses,” she remarked in regards to their appointment. Since launching in 2015, Monse has garnered considerable support from the red carpet crowd. “I think they’re really forward-thinking and youthful, while remaining sort of elegant,” the actress continued. “I really loved their last collection, and I wanted to see what we’re going to get this time.”