It was quite the family affair at the Tommy Hilfiger show in London tonight — both on and off the catwalk. 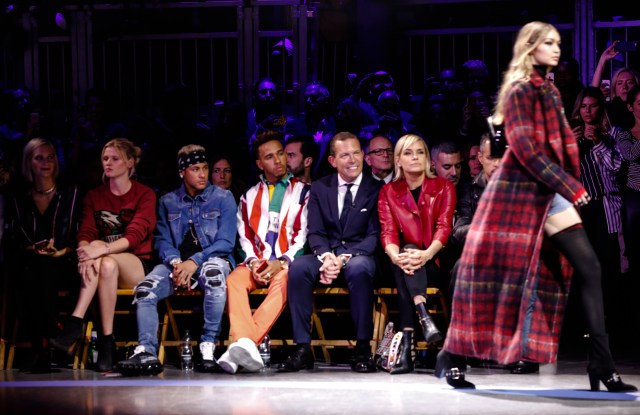 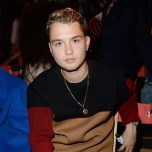 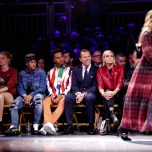 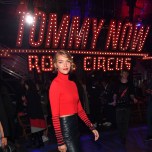 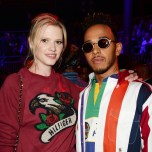 FAMILY TIES: It was quite the family affair at the Tommy Hilfiger show in London tonight — both on and off the catwalk.

Before the show opened with a trifecta of Hadids — Gigi, Bella and Anwar — Rafferty Law was joined on the front row by Sadie Frost, his mother and date for the evening.

“I’m sure most people would think it’s very uncool for him to bring his mum along [to the Tommy show],” the actress, producer and former fashion designer told WWD. “It used to be that he would come along as my date and now I came along today as his date. He asked me and we live nearby so I said, ‘Oh, I’d love to come.'”

She had nothing but praise for her son. “I mean, I’m very lucky; I’ve got four beautiful kids and Raffie has got this amazing charisma,” she said. “He’s one of those really down to earth people. He’s so friendly with everybody, and I think that’s what the fashion industry needs isn’t it, friendly down-to-earth people who are talented as well.

“I seem to have a roll of about five films on the go at the moment so that’s my life mapped out for the next three or four years,” said Frost of her role as film producer. “I’m producing a film with Samantha Morton and Billie Piper that’s shooting now called ‘Two for Joy.’ It’s a realistic drama that’s kind of about forgotten Britain. It’s very empowering for women and discovery about parenthood.”

Like his mother, Law also has fingers in a lot of pies. The 20-year-old cofounded the art/music/merchandise creative collective Something to Hate On, or SHO, last year to support young talent in London. And he’s just begun signing young artists under his own record label.

Further along the front row another family outing was in progress, with Amber and Yasmin Le Bon set to take in the show together. Mama Le Bon said they’d been up to the same old things (“modeling, designing, making nice things”), while Yasmin Le Bon said she’d been spending her off-duty moments catching up on “Fortitude.”

“It’s amazing, a really fantastic series. It’s a sci-fi thriller set on the edge of the Arctic, it’s like a suspense, and kind of odd,” she said.

Among the other front row guests were Daisy Lowe, Pixie Geldof, Erin O’Connor, Poppy Delevingne and singer-songwriter and budding actress Justine Skye, who has spent a lot of time at 36,000 feet this week. After appearing at the Jeremy Scott x Ugg party here on Thursday night, she returned to New York to perform at Winky Lux’s second annual Unicorn Carnival at Coney Art Walls in Coney Island on Saturday, and flew back again.

“You’ve just gotta sleep on the plane because that’s the only time you’re gonna get any shut-eye,” she said, adding that liberal spritzes of rose water are her secret weapon against the ill effects of hyper-frequent travel.

“I’m not into this,” said the puckish star, suspiciously eyeing the paper cone in her hand containing a solitary piece of fried fish and a lone chunky fry. “I’m not very fond of these mushy peas — I need sauce, tartar sauce. I like fish and chips, but I’ve yet to have really good fish and chips out here. I don’t now where the spot is. They keep telling me they’ll take me there but nobody is actually taking me there.”

She was more impressed by the choreography of the finale. “That walking sequence? That was impressive. I’m, like, ‘How are they remembering this?'” she marveled.

Lizzie and Georgia May Jagger (another family grouping), Joan Smalls, Hailey Baldwin and Jourdan Dunn were among those coordinated models on the circular runway at the Roundhouse music venue, which was originally built as a turntable engine shed in 1846 and later became a concert space that saw performances from The Rolling Stones, The Beatles and Jimi Hendrix in the Sixties.