It's the designer's first effort with director and writer Neill Blomkamp and costume designer April Ferry. 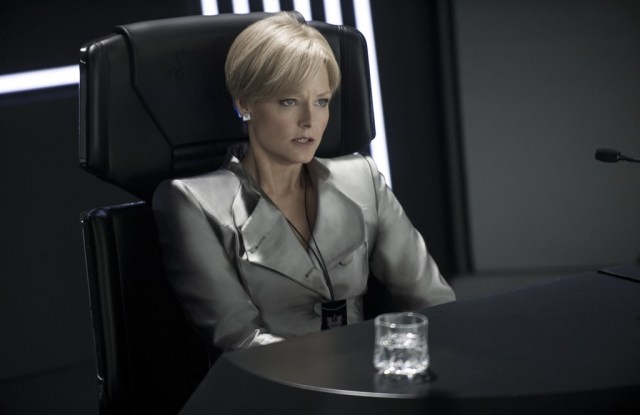 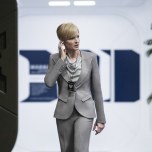 FUTURE ARMANI: In Neill Blomkamp’s “Elysium,” which hits cinemas Friday, space station Elysium is where the wealthy take refuge from a decrepit planet Earth. As such, their leader, Secretary Delacourt (Jodie Foster), could only wear top-notch Italian duds — and Giorgio Armani was happy to oblige, creating a series of suits for the character in collaboration with costume designer April Ferry. From a pewter jacket and skirt with oversize lapels to a gray one-button shawl-collar pantsuit, Delacourt’s wardrobe is luxurious, but never frilly.

This marks Armani’s first effort with director and writer Blomkamp and designer Ferry, and he called the experience “a privilege.”

This story first appeared in the August 6, 2013 issue of WWD. Subscribe Today.

“But my real personal pleasure with ‘Elysium’ was to be given the honor of outfitting my longtime friend Jodie Foster,” Armani added. “She remains one of my favorite actresses. I admire her work, her talent, her life. I’m captivated by how she personifies the world of 2154 while also making my designs utterly timeless.”

The film also stars Matt Damon as Max, an average Joe sticking up for equality.