The musician is to be involved in the company "on many creative levels, from collections, to advertising and business strategy." 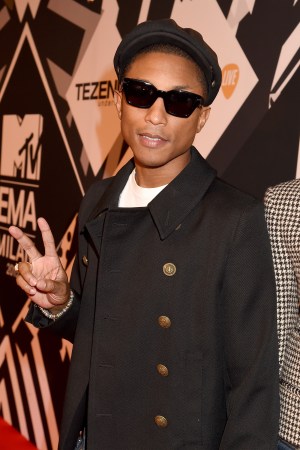 According to the company, Williams will be involved “on many creative levels, from collections, to advertising and business strategy.”

“On top of my business. As of today, proud to be a co-owner of G-Star Raw,” Williams tweeted on Tuesday.

The two teamed up in 2014 to design a denim collection made of recycled plastic materials.

“G-Star is an independently minded and forward-thinking company,” Williams said. “I am looking forward to being part of that mission and to co-create G-Star’s future.”

G-Star chief marketing officer Thecla Schaeffer said of the appointment: “In working with Pharrell Williams we wish to continue to innovate by allowing Pharrell to push the boundaries even further across all aspects of our business from creating new product ideas and new visions on sustainability to creating new brand experiences. We’re genuinely excited to welcome Pharrell into the G-Star mission in order to reimagine the future of denim together.”

The musician showcased his third edition of his Raw for the Oceans collection with the denim brand and his sustainable fabric company, Bionic Yarn, where he serves as the creative director.

Taking cue from his own sartorial prowess, Williams wears many hats. From singer and songwriter to record producer and fashion designer, his career has since veered into fashion entrepreneurship.

In terms of fashion, Williams has been actively working on collaborations since 2004, when he teamed with Reebok on a collection. He also has partnered with Louis Vuitton on jewelry and eyewear, Moynat on leather items, Moncler on a capsule collection, a lineup for Uniqlo, Timberland on boots, Comme des Garçons on a fragrance and footwear for Adidas.

“If cool was a person, it would be Pharrell, not just for his looks and sense of style but for his kindness and openness. I cannot imagine anyone not seduced by him,” Diane von Furstenberg, president of the CFDA, said last year in revealing the award to Williams.