Retailer recruits “models for a day” at home and abroad. 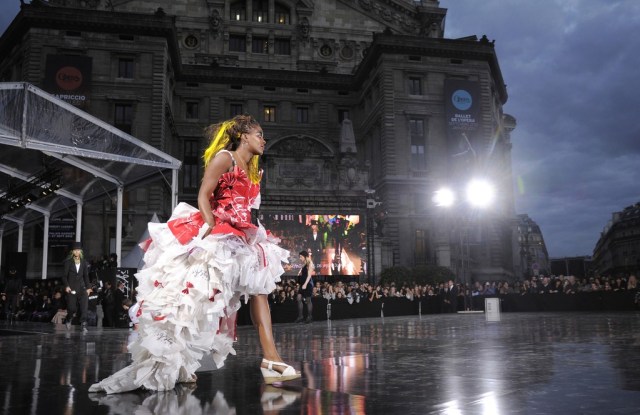 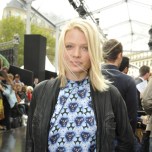 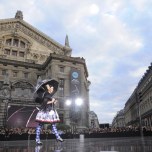 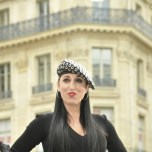 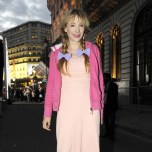 STREET BEATS: Galeries Lafayette set the record once again Tuesday evening, staging the world’s largest fashion show, with more than 400 amateur models parading their looks down a runway outside the Paris Opera, to be followed by simultaneous shows in all of the retailer’s 130 stores on Saturday.

“We are not just a luxury store, we are about expressing living fashion,” she said. “Fashion has a real role in today’s society of letting people express their personality, their belonging to a given group, etcetera. Fashion is not futile, it is extremely important, which is why we will continue doing this fashion show and making fashion accessible.”

Gaultier said the participants, selected via an online casting, had compiled their own looks, although their hair and makeup were styled by a team of professionals led by celebrity hairdresser Madeleine Cofano.

Despite the focus on accessibility — indeed, many of the “models for a day” sported everyday street looks, although there was a fair share of wacky numbers, too — the event, in its third edition, is also attracting an increasing smattering of celebrities.

Spanish actress Rossy de Palma, who was the deejay for the event, mixed what she described as an “eclectic, uplifting” set and commented on her favorite looks as the models paraded down the runway in the hour-long show.

“What is great about this event is that all the designers take their inspiration from the street, and this show renders [people] their due,” said de Palma, who is currently working on film and musical theater projects as well as a book about female genitality, to be published in Spain next spring.

“My style is very eclectic too, like the music,” she said. “Fashion helps us to interpret our state of mind. On days when you need brightness you wear color, and other days you’re more black,” said the artist, for whom it was most definitely a black day with her riveted beret, Alaïa dress and studded Christian Louboutin clutch.

Celebrities taking in the show included actresses Mélanie Thierry, Julie Depardieu and Karole Rocher, as well as singer Ayo. Rocher said she was directing recording artist Benjamin Biolay’s latest video, in which she will also star, as well as writing her first feature film.

The event also took on a more international dimension this year, with participants having responded to casting calls in the retailer’s Berlin, Casablanca and Dubai stores.

“There are even some participants who have come from California to take part at their own expense, because they saw the online buzz about it,” Gaultier said. “We are really playing the game with our international stores, which is especially relevant given our plans to open more international branches in the coming years.”