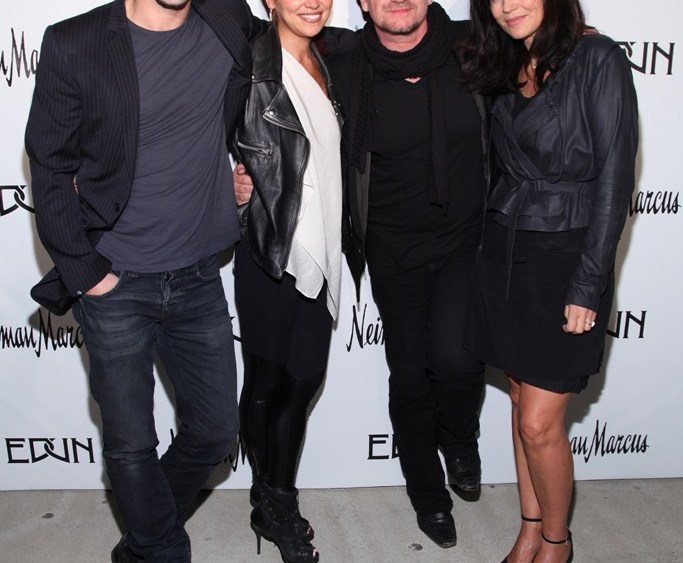 GARDEN OF EDUN: Ali Hewson and Bono touched down in Beverly Hills on Saturday night for Edun’s first Los Angeles runway show, held to celebrate the line’s launch at Neiman Marcus. “It’s been a huge learning curve,” Hewson said of getting into the fashion business seven years ago. “Had I known how hard it was going to be, I would have stayed home and had four more kids.”

After the rooftop runway show, which was also attended by Colin Farrell, Gela Nash-Taylor and John Taylor, Hewson shared Champagne and dessert with shoppers in the store. ‘We’d eventually like to expand into accessories, but we’ll continue to focus on clothes a while longer. It’s just getting to the point where it’s running like a Swiss watch.”