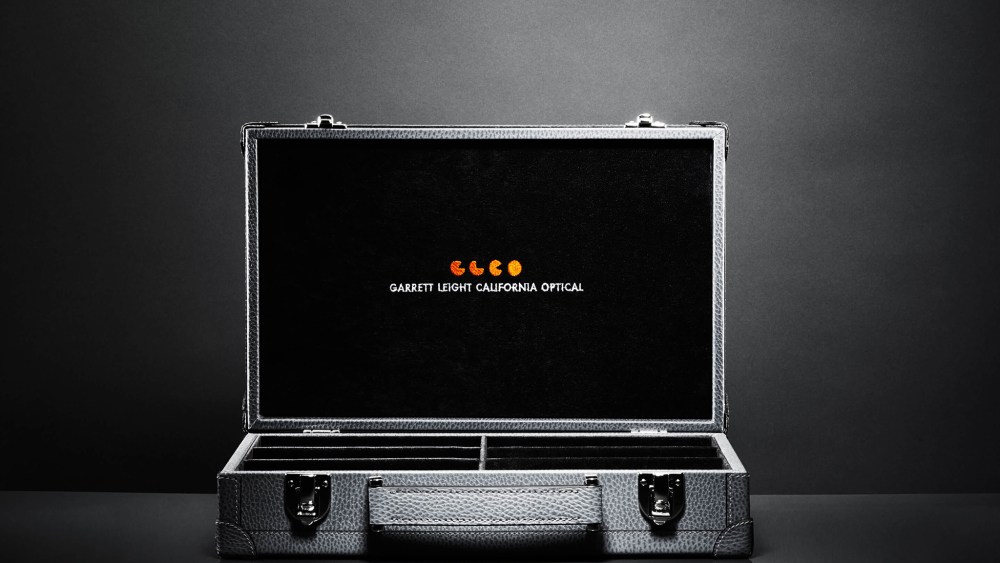 Garrett Leight California Optical has collaborated with Guichard, the French malletier, on a limited-edition eyeglass carrying case. Leight was inspired by his own Guichard cases, which he discovered while attending the Silmo eyewear show in 2009 just before he opened his own store. “Guichard has always been a hidden gem at the optical shows,” said Leight. The French company, which specializes in handmade leather cases for eyewear, jewelry and footwear, was founded in 1933 by Rene Guichard and is a favorite among eyewear pros.

“For obvious reasons I take my case whenever I’m traveling, and every time I get asked about it,” said Leight, who launched the case April 4 in his own stores. “People want to know what it is and where they can get one. There is clearly a demand for this kind of accessory and it quickly made sense to me that we should create one for GLCO. It simply provides a convenience for our customer without sacrificing style.”

The GLCO x Guichard case is $595 and is available in brown, gray, orange and black leather, and features six interior slots to store frames. The cases can be custom monogrammed through GLCO  stores in Los Angeles, New York, San Francisco and at garrettleight.com.