Her role in Elissa Down's "The Black Balloon" earns an Inside Film Best Actress nomination. 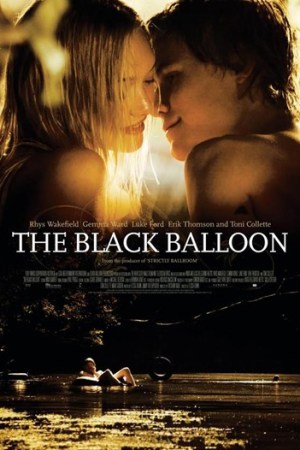 Gemma Ward might have been conspicuous by her absence from the runways for the past two seasons, but she has certainly been making her mark on screen. Nominations for the 2008 Inside Film (IF) Awards in Australia were announced Wednesday and Ward is up for Best Actress for her debut feature role in Elissa Down’s “The Black Balloon”. It’s one of 10 nominations picked up by the coming-of-age romantic comedy.

Ward’s performance as Jackie Masters, a young woman who helps her boyfriend come to terms with his brother’s autism, has already earned Ward the Australian Star of the Year award at the 63rd Australian International Movie Convention last month. “The Black Balloon” has also received both Australian Writers’ Guild and Australian Directors’ Guild awards, the Don Quijote Prize at Norway’s Kristiansand International Children Film Festival and a Crystal Bear for best feature-length film in the youth category at February’s Berlin Film Festival. Ward pulled out of the film’s world premier in Berlin following the death of her close friend Heath Ledger on January 22nd. Success at November’s IF Awards could place Ward in the running for the Australian equivalent of an Oscar come December at the Australian Film Institute Awards.