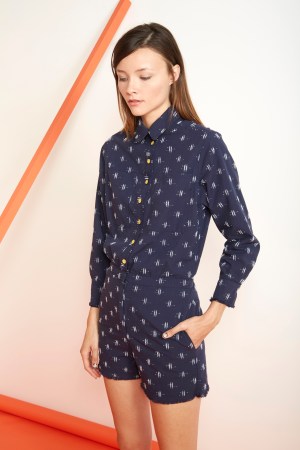 Gen Art’s Fresh Faces in Fashion event will return to Los Angeles Aug. 4 to showcase five L.A.-based emerging labels. The fashion, music and entertainment incubator has chosen the men’s wear labels Bristol and Elliott Evan, the women’s collection 34N 118W, jewelry line Legier and shoe brand Rafa for the event, which will commence with a 7 p.m. cocktail reception and accessories presentation at Willow Studios in downtown L.A.’s Arts District, followed by an 8 p.m. runway show and a 9 p.m. performance by Faarrow.

In October, Gen Art will select one of these companies for its one-year incubator program. At last year’s New York event, Daniel Silverstain was awarded the prize, which provides brand development strategy, mentorship, financial, marketing and sales resources.

The collections will also be shoppable online via shopspring.com beginning on Aug. 4, with exclusive items added on show day. The clothes presented at Fresh Faces won’t necessarily be from the current season; the designers were invited to present an edit of their “best of” the last couple of seasons.

Gen Art was one of the early innovators of the consumer-friendly fashion event, offering paying members and press access to its runway shows and presentations, and tickets on sale for film festival screenings. The Los Angeles Fresh Faces event is also open to the public: a $50 general admission ticket buys access to the entire evening plus standing room at the runway show and complementary beverages. Rather than the more elaborate tiers of IMG’s Made L.A. event last month, the next level of access comes with a $1,000 lifetime membership, which guarantees reserved seats, designer meet-and-greets and behind-the-scenes access at all events (that’s still less expensive than a VIP-pass to Coachella for a single year).

Founded in 1995, the Fresh Faces program has singled out Zac Posen, Rebecca Taylor, Phillip Lim, Duckie Brown and Rodarte over the years. The organization, now owned and run by former Gen Art staffer Keri Ingvarsson, has since also launched its own women’s fashion label, Openhouse.