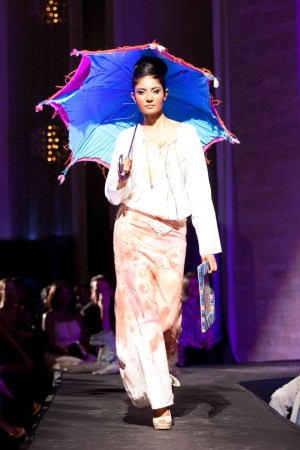 GEN GLOBAL: GenArt just extended its reach by launching a global division to foster creative talent in emerging markets — starting with Kenya earlier this month. GenArt chief executive officer Marc Lotenberg and its global director Martine Bury; Alternative Apparel design director Lissa Zwahlen; actresses Emmanuelle Chriqui and Noa Tishby, and entrepreneur Eric Crown trekked to Nairobi to help present the work of seven African designers at the Tribe Hotel. Two of the designers will also be able to showcase their work at GenArt’s Fresh Fashion show in New York during fashion week in September, and the initiative, which GenArt plans to bring to regions like China and Brazil, comes with a charitable element.