George Clooney Turns Out for Omega Event in Shanghai

The Hollywood actor was the star attraction at “Le Jardin Secret,” a gala dinner hosted by Omega in Shanghai on Friday evening. 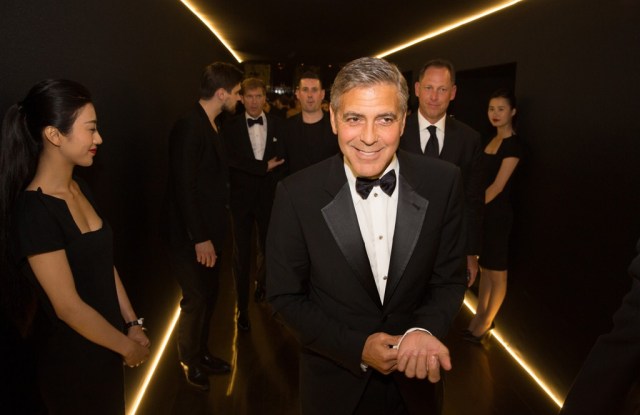 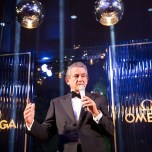 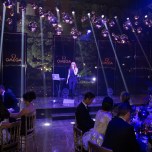 GEORGE TIME: Hollywood actor George Clooney was the star attraction at “Le Jardin Secret,” a gala dinner hosted by Omega in Shanghai on Friday evening. The event was designed to showcase Omega’s Aqua Terra collection for the assembled crowd of VIP Chinese customers, as well as local and international media. Gathered in a boutique hotel, surrounded by gardens in Shanghai’s French Concession area, guests were treated to several acts of the George Clooney show.

The recently engaged star took to the stage to answer questions posed by the emcee, and then again to pay tribute to Omega’s charity partner, Orbis, a flying eye hospital working in China and around the world to treat preventable blindness.

A highlight was an impromptu performance from Clooney, at the urging of a young beneficiary of Orbis’ work in China, who insisted she wouldn’t like the actor unless he danced with her.

A dinner of caviar, veal and lobster was washed down with free-flowing Veuve Clicquot before entertainment from French electropop chanteuse Owlle rounded out the evening.