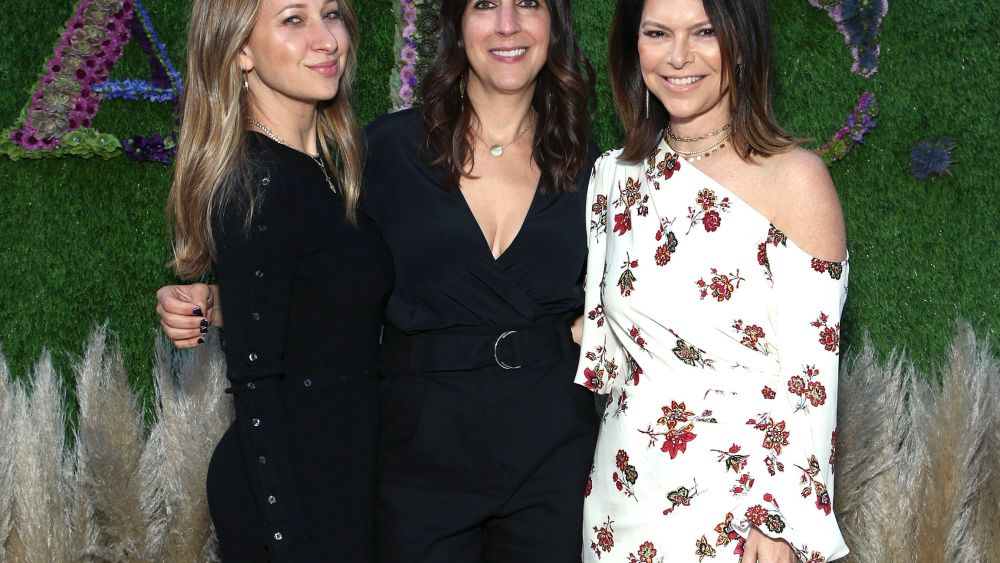 “I live on the West Side of Los Angeles, so the new store feels like a really direct way to speak to my customer,” said Lieberman, who just opened a New York store in TriBeCa. “I think it’ll be my go-to spot,” she said of Palisades Village, which will also be home to Zimmermann, Cynthia Rowley and Sephora Studio, among others. Los Angeles-based tenants in attendance that night included Hannah Skvarla of The Little Market, Lisa Kraynak of Carbon38 and Leilani Bishop of Botanica Bazaar.

Walker and Meyer gathered their friends to come support the new venture. “Maria [Shriver] said she had another dinner, and I said, ‘Please, you live down the street, just come for a cocktail,’ and she did,” said Walker. “Do you know Gigi, Rick’s daughter?” asked Meyer. “I just want to make sure everyone is connected.”

Blair said she felt like the odd woman out being a canyon denizen rather than a West Sider. “Being over the hill is like another world. It’s like the suburbs,” she said. “But I love Andrea. It’s really hard to find sophisticated separates that you can wear day to night and she just nails it.”

After a the candlelit dinner under a pergola, Milck performed and everyone tucked into desserts made by Laurel Galluci, whose Sweet Laurel Bakery, is, no surprise, also a Palisades Village tenant.