François-Henri Pinault and Salma Hayek attended a cocktail for the Swiss watch brand. 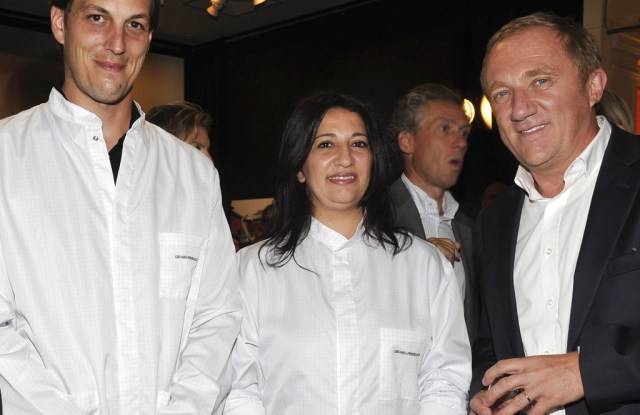 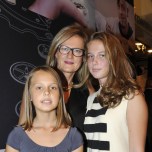 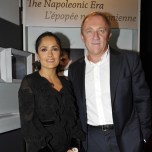 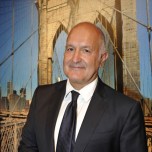 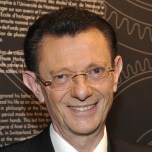 PARIS — Three young master watchmakers, wearing white work blouses, were the toast of the evening on Monday night at a cocktail at the headquarters of Christie’s auction house in Paris, which is hosting an exhibition by Swiss watch brand Girard-Perregaux celebrating its rising talents.

Greeting guests was PPR chairman and chief executive officer François-Henri Pinault, who is not only a keen watch collector but also owns a majority stake in Sowind Group, the parent company of Girard-Perregaux and JeanRichard.

Flanked by his wife, Mexican actress Salma Hayek, Pinault said he had taken advantage of the Paris leg of the traveling “The New Face of Tradition” exhibit to participate in a workshop that required him to take apart and reassemble a delicate watch mechanism.

“I was pretty good at taking it apart. Putting it back together was a little more complicated,” he said with a laugh. “Like I said at the end, I didn’t pick the wrong job. I have the most profound respect for master watchmakers.”

Hayek insisted her husband was more technically proficient than he let on, revealing that in addition to reading entire tomes devoted to watch mechanisms, he’s also something of a tech geek capable of dealing with any glitch at home.

“He is really impressive — he undoes and takes the cables and fixes. I don’t even know how much I’m allowed to say, because he wants to keep it under the radar. But he can do computer programming for some things, other hobbies that I’m not allowed to talk about, that are incredible,” she said.

The exhibition, due to end Sept. 5 after a week-long run, features treasures like the Esmeralda tourbillon pocket watch with three gold bridges, which won a gold medal at the Paris World’s Fair in 1889. Spanning the company’s 221-year-old history, the pieces are set alongside images, film and furniture designs from various eras.

Large panels depict eight young watchmakers who represent the future of the brand, showing them at work and at play — snowboarding or playing electric guitar, for example. “We thought it was important to show the passion, to show the men and the women who make these watches,” said Pinault.

The three selected to attend the Paris event mingled with Sowind Group ceo Michele Sofisti, master watchmaker Dominique Loiseau and Monica Macaluso, the widow of former Sowind chief Luigi “Gino” Macaluso. Flanked by her daughters Anna and Margherita, she was spotted deep in conversation with Hayek.

“There are certain pieces that I see, and it’s very emotional because I remember him telling me the story of the piece,” Hayek later said of Gino Macaluso, who died suddenly in 2010. “In a way, it’s sad to see them without him, and in a way, he is alive in the history of them and in all of them, I can hear his voice.”