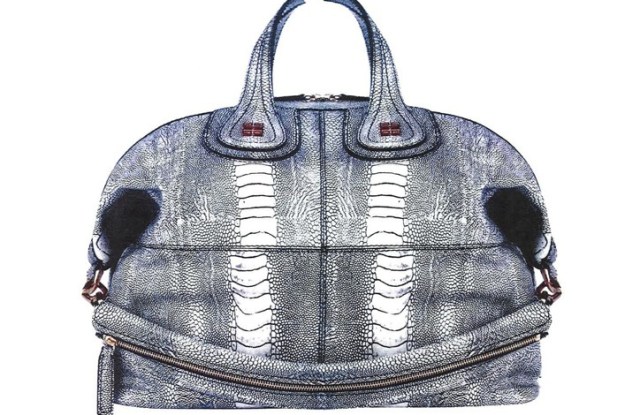 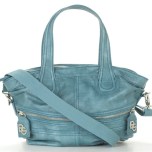 BAG WARS: Givenchy filed a federal lawsuit against BCBG Max Azria Group Inc. in the Western Division of California’s Central District, alleging that its Nightingale bag, retailing for $2,175, is the object of trade dress infringement by the young contemporary line BCBGeneration’s Rembrandt bag, which retailed for $118 but is no longer available for sale.

Givenchy said it has earned more than $50 million in revenue from the sale of the Nightingale bags. The lawsuit accused BCBG of trying to profit by selling “its knockoff Rembrandt and other handbags that deliberately copy, line-by-line and stitch-by-stitch, distinctive, nonfunctional elements of Givenchy’s Nightingale Trade Dress.”

This story first appeared in the November 16, 2010 issue of WWD. Subscribe Today.

In addition to monetary damages, Givenchy is seeking an injunction prohibiting further sales of BCBGeneration’s handbags. The 26-page complaint alleged that BCBG “unlawfully copies and imitates” the Givenchy bag and that the BCBGeneration bags are “likely to cause consumers, the public and the trade to erroneously believe that [they]…are authorized, sponsored and/or approved by Givenchy when, in fact, they are not.” Givenchy said its Nightingale trade dress “includes, without limitation, a removable strap, two double-seamed handles, a flat bottom and decorative double-stitched horizontal and vertical stripes on the exterior that visually separate the bag into four distinct quadrants.”

Attorneys for Paris-based Givenchy and BCBG were not available for comment at press time, but a BCBG spokesman said, “BCBG Max Azria is confident that Givenchy’s claims are meritless, and intends to defend the matter vigorously.”

MAJOR TOM: Carine Roitfeld has tapped Tom Ford to guest edit French Vogue’s holiday issue, WWD has learned. Reached late Monday, she confirmed that Ford would also appear on the cover, although not by his lonesome. Roitfeld typically taps a designer or celebrity for the Condé Nast book’s December-January issue, with Sofia Coppola, Catherine Deneuve and John Galliano among those doing the honors in recent years. Ford and Roitfeld go way back. She consulted with the former Gucci and Yves Saint Laurent designer for six years before being named editor in chief of the French glossy in 2001.

IN THE RUNNING: Private equity fund Permira, Valentino’s owner, is among the contenders to buy French furniture chain Conforama from retail-to-luxury group PPR, according to market sources. PPR, which is looking to sell its retail assets — including Conforama and book, music and electronics retailer Fnac — confirmed last month that it has hired Rothschild to explore financing options with banks for potential buyers. Both PPR and Permira declined comment.

PROWLING AROUND TOWN: It’s a rare celebrity who doesn’t at least make an in-store personal appearance for a namesake fragrance — but Katy Perry is doing them one better. The newly married singer will drive around Manhattan in an ice-cream truck today, selling her new fragrance with Gigantic Perfumes, Purr by Katy Perry. Perry will tweet her locations via her Twitter account, directing fans to where she is setting up (temporary) shop. Perry will wrap up the day with a VIP party at the Bowery Hotel. For those who miss Perry in person, the eau de parfum is available now at Nordstrom and nordstrom.com; a 1.7-oz. bottle is $45, and 3.4-oz. bottle is $65.

GUCCI FAMILY: Gucci is eyeing the social network quite literally with its latest online launch, a new Facebook video application dubbed Eye Want You. The new interactive app designed by Gucci creative director Frida Giannini features eyewear from the Gucci Eyeweb collection — a youth-oriented line aimed at 18- to 25-year-olds launched in October 2009 — and allows users to create and send customized video messages among their Facebook friends. By leveraging the social-network tool to promote its portfolio, Gucci has bolstered its Facebook fan base, which now stands at around 2.7 million followers.

Users of the Eye Want You app can select from six Gucci models to act as their viral messenger, adding one of six eyewear styles intended to convey different moods. A personalized message can be added to the video before sharing it online. A total of 36 video clips are available by mixing and matching the models with the eyewear styles. The iPad- and iPhone-friendly app is slated to grow to 60 video-clip options by 2011.