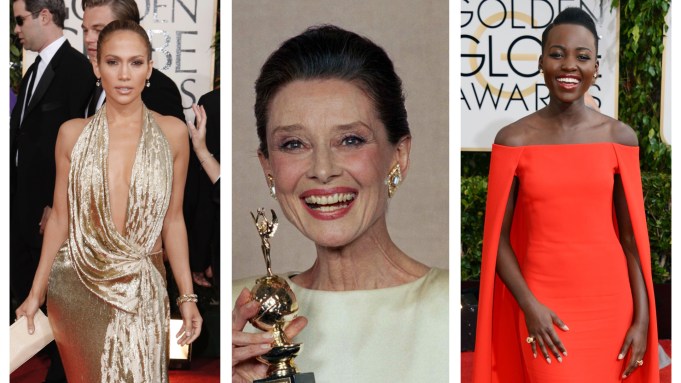 The Golden Globes have long been known to produce some of the most memorable red carpet moments that have resonated with many for their elegance, intricate detail and high-fashion allure.

Fans that are used to the glitz and glamour of each year’s awards show will have to wait at least until next year for their red carpet fix, as the Hollywood Foreign Press Association announced on Jan. 6 that it would not be live streaming the awards and that it was going forward without a red carpet or any celebrity attendees. This decision came after NBC, which has historically aired the awards show, canceled this year’s edition following backlash against the HFPA over its lack of diversity.

While this year’s nominees won’t be creating a high-fashion moment on the red carpet, many have already left their mark on the Golden Globes with their past looks that have become some of the best Golden Globes red carpet looks of all time.

Take Lady Gaga, nominated for best actress in a drama for “House of Gucci,” who had one of her most standout fashion moments at the 2019 Golden Globes when she won for best original song for “A Star Is Born.” The actress-musician paid homage to Judy Garland in the 1954 version of the film by wearing a custom periwinkle Valentino dress with a cascading train that resembled the dress Garland wore in the original movie.

Best actress in a musical or comedy nominee, Jennifer Lawrence, also had one of the best Golden Globes red carpet moments in 2016 when she wore a custom red Dior dress designed with cutouts. Fellow nominee Emma Stone, who is nominated for her role in “Cruella,” is also among the best dressed for her peach, formfitting Calvin Klein dress designed with an open back that she wore in 2011.

Despite last year’s virtual format, best actress in a limited series winner Anya Taylor-Joy had one of the most standout Golden Globes moments dressed in a custom emerald dress and matching coat by Dior.

Click through the gallery to see more photos of the best Golden Globes red carpet looks of all time.

What’s Going on With the 2022 Golden Globes?

What Events Are Canceled or Postponed Due to COVID-19?