Jennifer Lopez’s iconic style has resulted in her being the top searched Golden Globes red carpet star, according to a new report from Google.

The Google report, which looked at trending searches related to the Golden Globe Awards over roughly the last two decades, highlights the top searched Golden Globes dresses since 2010, with Lopez receiving the top spot.

Lopez has long been a fixture at the annual Golden Globes, bringing her signature style of sheer, formfitting dresses and dramatic, embellished gowns to the awards show’s red carpet. Over the last decade Lopez has attended the Golden Globes five times, most recently last year when she was nominated for best supporting actress for her role in the 2019 film “Hustlers.”

She attended the awards show three times between 2010 and 2015 wearing one of her go-to designers, Zuhair Murad, who dressed Lopez in a white gown with a sheer, sequined cape detail, a formfitting lace dress and a silver beaded gown from the designer’s fall 2014 couture collection.

Lopez later wore a bright yellow Giambattista Valli caped dress to the Golden Globes in 2016 and a custom Valentino gown with an oversize bow in 2020.

Following Lopez in Google’s ranking is Jennifer Lawrence, who as a longtime Dior spokesperson has worn standout custom looks from the design house to the Golden Globes, including a satin red gown in 2013, a tiered white dress in 2014 and a column-like red dress with cutouts in 2016. Prior to her appointment at Dior, Lawrence wore a ruffled Louis Vuitton gown for her first nomination in 2011. 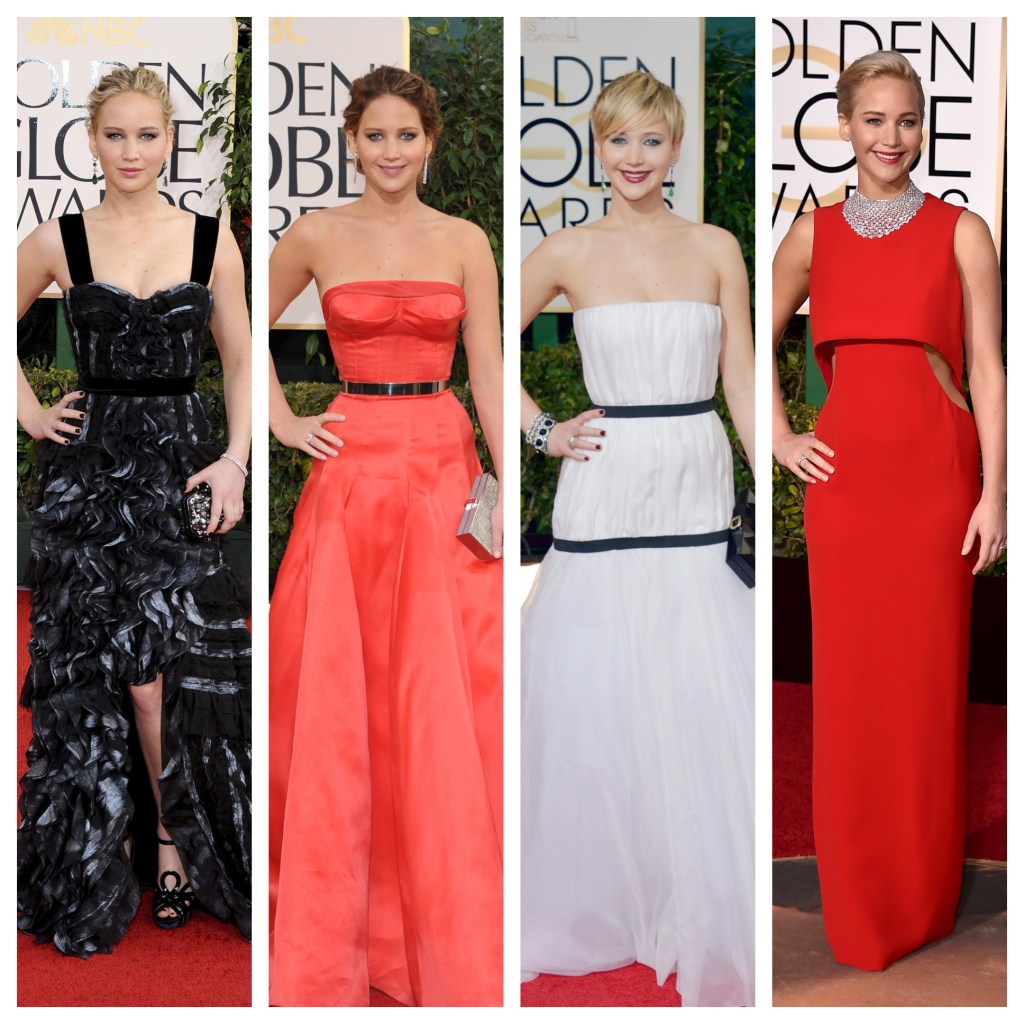 Ranking in fifth place was five-time nominee Emma Stone, who has attended the Golden Globes six times over the last decade. Some of her standout red carpet looks include the peach-colored, open-back Calvin Klein dress she wore in 2011, a jeweled Lanvin jumpsuit she wore in 2015 and star-embellished pink gown by Valentino she wore in 2017, when Stone picked up her first award for her role in the film “La La Land.” 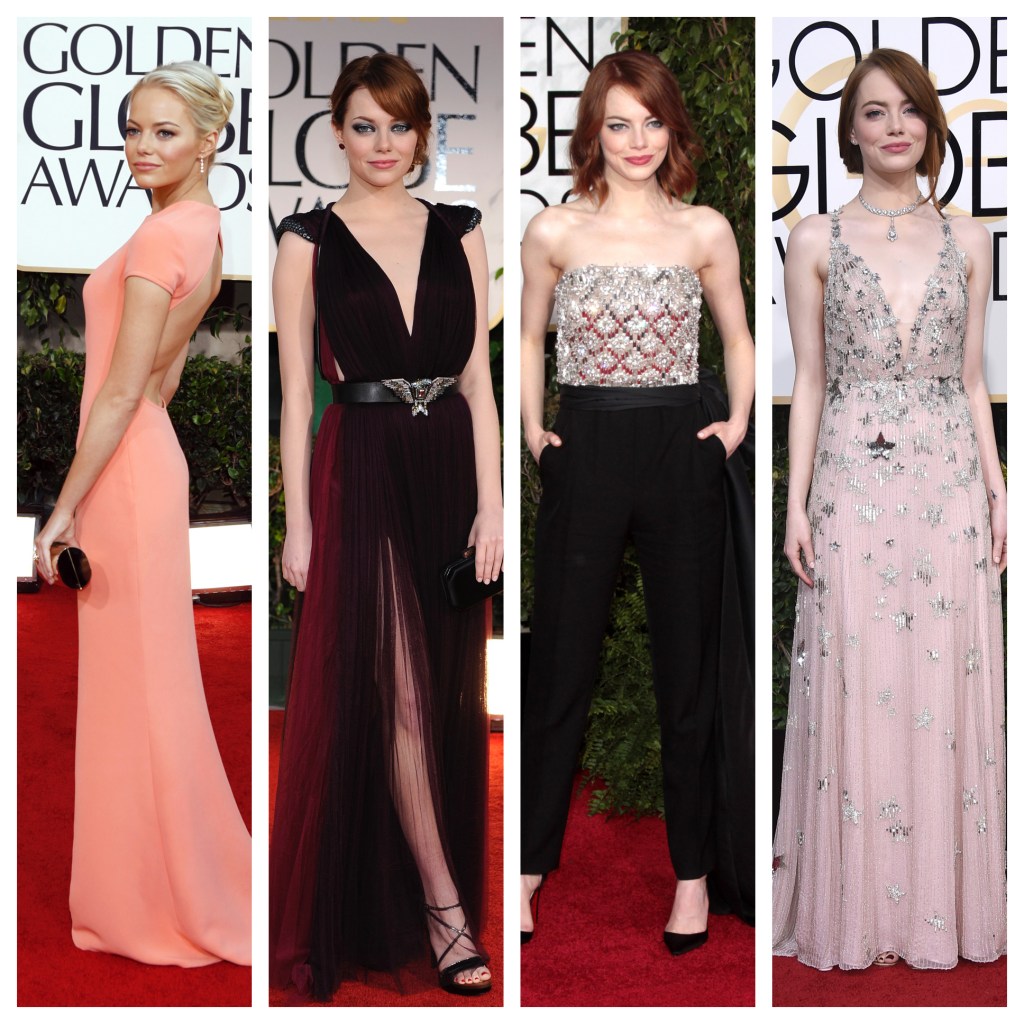 Everything You Need to Know About the 2021 Golden Globes

The Most Fashionable TV Shows From the 2021 Awards Season

WATCH: Getting Ready for the Golden Globes With Paris and Dylan Brosnan