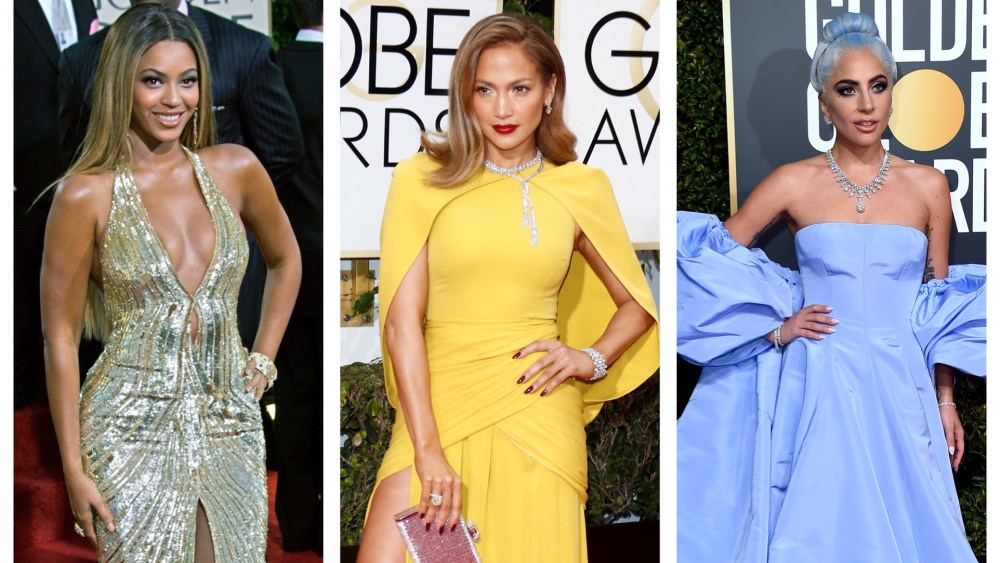 Despite several uncertainties surrounding the format of the show, the 2022 Golden Globes are going forward this Sunday to celebrate the best performances in television and film in the last year.

Known as the start of awards season, this year’s Golden Globes will be different than any in its 79-year history. After the Hollywood Foreign Press Association, which is behind the annual awards show, came under scrutiny last year for its lack of diversity, NBC announced it would not broadcast this year’s edition. Several celebrities have also spoken out against the organization, such as Scarlett Johansson, Tom Cruise, Kerry Washington and others.

With the challenges faced by this controversy paired with the ongoing pandemic, the 2022 Golden Globes are reportedly going forward without a red carpet or any celebrity attendees this Sunday, doing without the standout fashion moments the show has become known for during its run.

The Golden Globes have long been known for being the platform of many celebrities’ most memorable fashion moments that have remained in the cultural lexicon for decades. Take for example, Angelina Jolie and the crystal-embellished Versace dress she wore at the 1999 ceremony when she won an award for her role in “Gia.” Jolie famously celebrated her win by jumping into the pool at the Beverly Hilton after party while still wearing the designer dress.

There’s also been standout looks recycled at the Golden Globes, namely in 2006 when Reese Witherspoon wore a sequined Chanel mini dress that had been worn by Kirsten Dunst to the awards show just three years prior.

In recent years, the trend of high-fashion men’s dressing has been seen increasingly at the Golden Globes. “Pose” actor Billy Porter is one of the male celebrities that has led this trend for years now. The actor attended the ceremony in 2019 wearing a custom floral-embellished Randi Rahm suit paired with a hot pink cape. Timothée Chalamet, who has long-been a style star to watch, brought his signature high-fashion style to his first Golden Globes appearance that same year by wearing a Virgil Abloh-designed Louis Vuitton beaded harness.

Last year’s Golden Globes were the ceremony’s first virtual edition amid the pandemic. Despite the virtual format, celebrities brought their fashion A-game for at-home photoshoots in custom looks. Anya Taylor-Joy, who won her first Golden Globe for the role in Netflix’s “The Queen’s Gambit,” dazzled in a custom emerald green Dior gown. Elle Fanning, nominated for her role in “The Great,” had her own standout fashion moment in a custom regal-inspired, icy blue silk Gucci dress.

Click through the above gallery to see more of the most memorable Golden Globes red carpet looks of all time.

The Best Golden Globes Red Carpet Looks of All Time

What’s Going on With the 2022 Golden Globes?