GQ Fetes Men of the Year in Los Angeles

There were more suits than cocktail dresses in the mix Tuesday night at the Ebell Theatre. 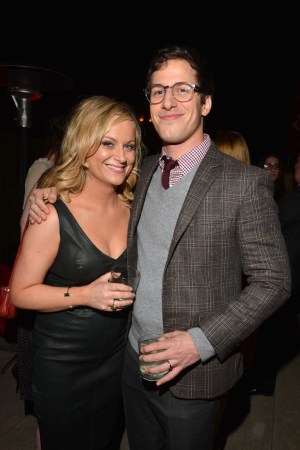 E-Commerce Platform The Carpentry Carves Out Space for Black Designers

Although the “Fruitvale Station” actor has a standing relationship with the magazine, he still felt cool being on the guest list. “I remember sneaking into these parties,” said Jordan. “I wasn’t even invited. So now being invited is crazy, a little surreal.”

Director McQueen agreed. “It feels cool. I mean my goodness you walk with an extra strut in your stride,” he said.

Camila Alves gave husband McConaughey all of the limelight saying, “Tonight is his night.” Before joining her to attend the party, McConaughey pondered his new title: “Man of the year…that’s a good title. Man means a lot of things. This last year has been really rich careerwise, it has been rich for me familywise. There’s been a lot of evolution and it’s been a great year.”