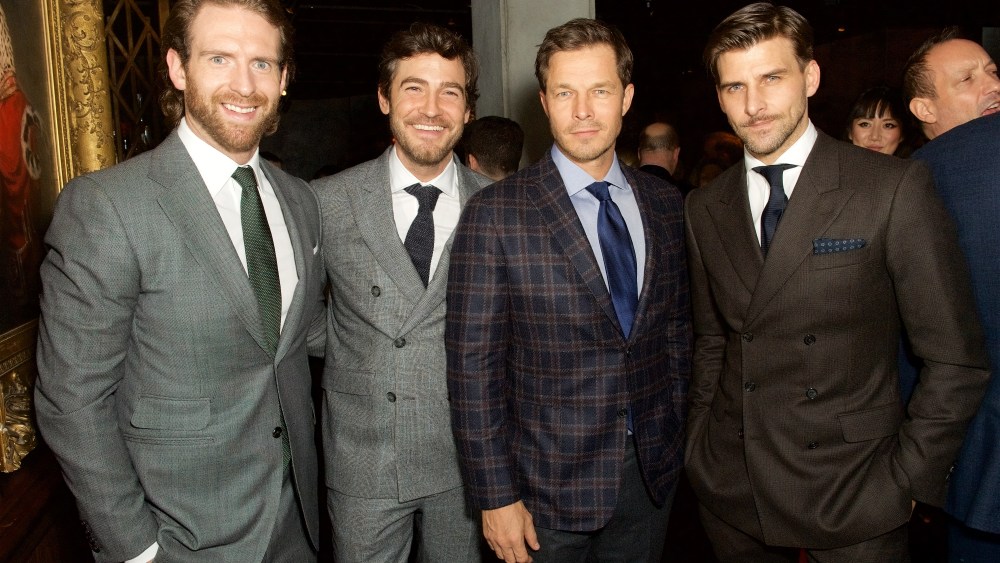 MONKEY BUSINESS: “I’ve never been this tired in my life never, ever, ever,” said Tinie Tempah during the British GQ dinner to close London Fashion Week Men’s on Monday night.

“For the past two years, I was making my album at the same time that I was making my collection, doing the same thing every single day. In the morning everyone would come to make the clothes then, in the evening, I would go downstairs to the studio and record music. But I’ve got a good metabolism, good testosterone, and stamina I think I’m just built to do it all.”

The genetically-blessed Tempah debuted his ath-leisure collection, What We Wear, during the four-day men’s showcase, which ended on Monday. The dinner took place at the South American fusion restaurant MNKY HSE in London’s Mayfair and was hosted by British GQ editor Dylan Jones, Jefferson Hack and London Fashion Week Men’s ambassadors including Hu Bing, Dermot O’Leary and Tempah himself.

Hanover-born Johannes Huebl was dressed in a suit cut by his German tailor, but that’s not his only takeaway from his native land. “I had to do 10 months in military service in Germany when I was 19, and that’s where I really learned to dress sharp. Rolled-up sleeves had to be exactly four-fingers wide, everything had to be pressed, shoes had to be shined. It had its good and bad points, but I did also get to fire a rocket from a tank and that was cool.”

McFly band member and actor Dougie Poynter, who was dressed in a Burberry shirt with a pie-crust collar, said he’d just started filming for “The Academy,” a British film about superheroes learning to use their powers. “I play a guy with a special kind of telekinesis. He can manipulate subatomic particles. But if I could choose my own superpower, it would be shape-shifting. How cool would it be to be able to change into any animal’s form at will? I’d be a bird.”