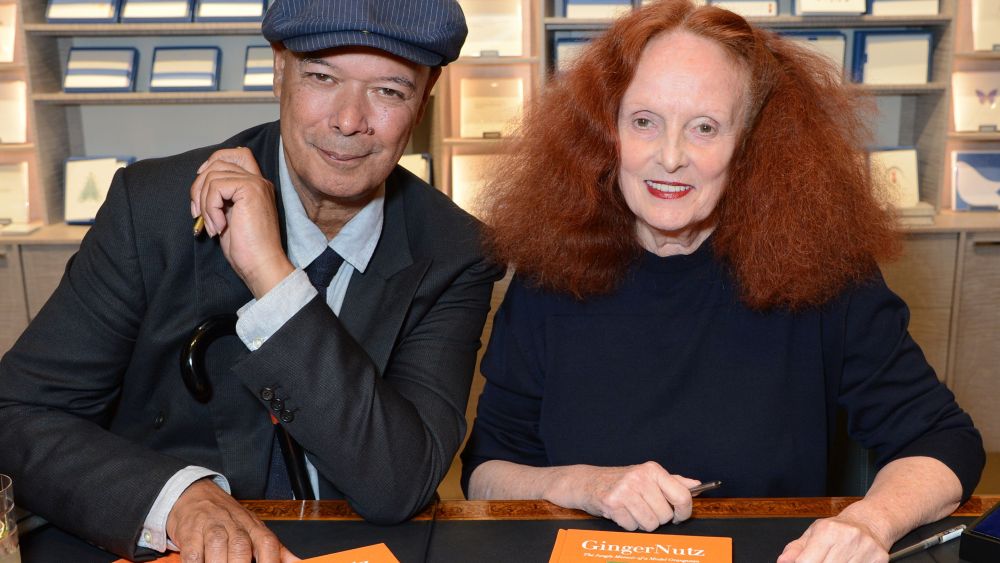 BOOK SIGNING: “There’s a slight familiarity with Gingernutz — she’s me,” said Grace Coddington at the London book signing of “GingerNutz: The Jungle Memoir of a Model Orangutan” on Thursday evening.

Held at the Smythson store on New Bond Street, British designers including Erdem Moralioğlu, E. Tautz owner and creative director Patrick Grant and Stephen Jones were among the guests who turned up to show support.

Coddington recalled the first time she encountered the main character — illustrated by longtime friend Michael Roberts — and thought she was so cute. Roberts had drawn a series of illustrations from the point of view of a baby orangutan and depicted the little ape’s journey navigating the fashion world. Alongside her book, Coddington will also be contributing to the December issue of British Vogue.

“I have already contributed,” Coddington said. “And I can’t wait for it to come out. I’ve only done one and it’s at the early stages. Edward [Enninful] loved it and that’s the main thing. I loved it. I’m very happy with it. It’s a surprise.”

While Coddington, couldn’t divulge too many details, she noted that working with British Vogue’s new editor in chief was a great experience. “We’re friends so we go back a long time,” Coddington said. “We have a mutual understanding because we’re both stylists. It’s good to work with someone with that point of view as well. It’s different from working with Anna [Wintour]. I enjoy the difference. In a way, it is equally challenging. I like both. I could have two hats on.”

Last month, Coddington and Roberts promoted their 80-page tome in New York, while Roberts — who directed “Manolo: The Boy Who Made Shoes for Lizards” — also screened his film during New York and London Fashion Weeks.