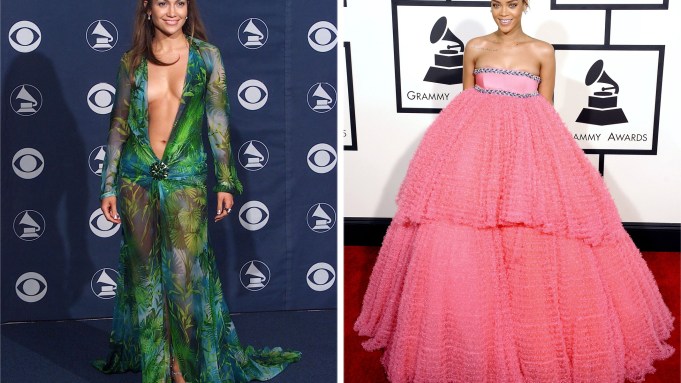 The Grammy Awards never fails to deliver red carpet moments that leave us in shock, awe or just scratching our heads.

This Sunday’s 62nd annual show held at the Staples Center in Los Angeles is unlikely to disappoint with looks that will live on in the red carpet canon.

But only a few celebrities push the limits of what red carpet dressing can be.  No one can forget when Lady Gaga showed up being carried in an egg in 2011. Rihanna’s frothy, bubblegum pink Giambattista Valli gown from 2015 inspired a plethora of loofah memes. And 20 years later, Jennifer Lopez’s plunging Versace gown is still as iconic as ever.

We are keeping an eye out for three Best New Artist nominees to bring us some of the night’s best looks.

Lizzo, the most nominated artist, has been one of the year’s major style stars. This could be her chance to solidify herself as true fashion girl.

Grammys newcomer Rosalía often plays with her Spanish roots to bring an authentic flamenco-inspired style that is both unique and modern.

Few artists have made as bold of fashion choices this year as Lil Nas X. His world of hip-hop meets country has spawned some of the boldest male fashion moments in some time.

Everything You Need to Know About the 2020 Grammy Awards

Which Celebrities to Follow on the Red Carpet This Awards Season