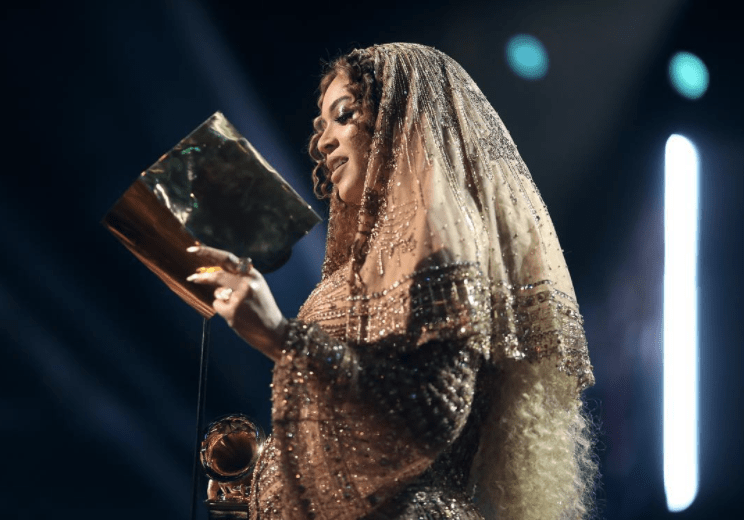 Peter Dundas went for gold on Sunday, announcing the launch of his namesake brand.

In a major coup, none other than Beyoncé donned Dundas’ first looks at the 59th annual Grammy Awards in Los Angeles.

The artist wore a dazzling gold gown with ankle accessories and a headdress onstage and Dundas took to Instagram to share sketches of the outfit, announcing “the very first #peterdundas eponymous collection look specially made for our muse queen Bey.”

Offstage, with her husband Jay Z, she also wore a red gown with a plunging neckline that hugged her baby bump and was also designed by Dundas.

Dundas and Beyoncé go way back. For her Mrs. Carter Show world tour in 2013, she wore several sparkly numbers designed by Dundas, then-creative director of Emilio Pucci. After Pucci, Dundas, known for his Seventies, rock-sexy designs and knack with prints, feminine and body-hugging silhouettes, was appointed creative of Roberto Cavalli in March 2015. He exited that brand in October 2016 as the company revealed plans for a drastic reorganization.

The Norwegian designer’s first major solo appointment came in 2005 when he was named artistic director at Emanuel Ungaro. After Ungaro, the designer consulted for Dolce & Gabbana before being appointed creative director of French furrier Revillon in January 2008.

The Best Grammy Looks of the Past Five Years >>