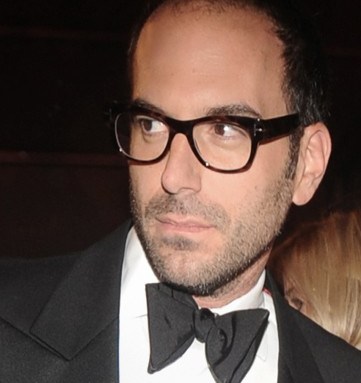 MOVING DAY: Is Mario Grauso, president of Puig Fashion Group, eyeing the door? According to sources, the veteran executive has submitted his resignation and will step down next month after New York Fashion Week. A search for Grauso’s successor is already under way — with running the fashion house Carolina Herrera among chief duties. It is understood Grauso’s forthcoming exit is largely amicable and comes at the end of his contract, although one source speculated he was unhappy with the recent departure of Nina Ricci’s design star Olivier Theyskens (who was succeeded by Peter Copping from Louis Vuitton). Grauso joined Herrera as president about 10 years ago, and since 2004, also has overseen the Ricci and Paco Rabanne fashion houses. Before joining Herrera, Grauso was U.S. president of Celine and executive vice president at Vera Wang. Neither Grauso nor Puig officials could be reached for comment Wednesday.

PUNK CLOTHING CASE SET FOR TRIAL: Three people accused of being involved with making and selling fake Vivienne Westwood and Malcolm McLaren punk-era clothing were bailed following a plea and case management hearing at London’s Southwark Crown Court Tuesday, to appear at a trial fixed for May. Grant Champkins-Howard, Vesna Grandes-Howard and Lee Parker next year will face charges of possession of controlled articles for use in fraud, proceeds of crime and conspiracy to defraud, a spokesman for Southwark Crown Court said Wednesday. All three pleaded not guilty to those charges Tuesday.

The trio is alleged to have made and sold clothing they claimed was made by McLaren and Westwood in the Seventies, during the time the designers ran the King’s Road store Sex, which was later named Seditionaries. Prior to initiating the court proceedings, police seized clothing from the defendants’ homes and from the auction houses Christie’s in London and Kerry Taylor Auctions.

POINTS EAST: Rick Owens’ nascent retail network is getting a little bigger. With a Tokyo flagship slated to open in September, the Paris-based designer told WWD he also would open a shop in Seoul before the end of the year. Rick Owens currently counts a total of three stores: in Paris, Manhattan and London.

DOUBLE TROUBLE: Kiki de Montparnasse and Decadestwo are teaming up for an ongoing partnership. Christos Garkinos will host a party this evening at the former’s Melrose Avenue store in Los Angeles. In addition, Decadestwo will have another four-day pop-up shop at the lingerie retailer’s downtown store from Oct. 1 to 4. The four-day May edition generated more sales than what Decadestwo sold during its entire first year in business, a company spokesman said. This time around, men’s wear will be added to the mix.

SHORT AND SWEET: Could Camille Miceli, the costume jewelry designer at Louis Vuitton, be changing luxury camps? Sources said Miceli will move to Christian Dior, a sister company of LVMH Moët Hennessy Louis Vuitton, in the fall and join its accessories team. Miceli has worked at Vuitton since 1997 beside creative director Marc Jacobs, initially in public relations and more recently as a creative adviser. Before that, she was a publicist at Chanel. Neither Dior officials nor Micel could be reached for comment.

FASHION ALARM: Jean Paul Gaultier was among the 158 staff and guests of Nice’s luxurious Hôtel Negresco who had to be evacuated following a bomb threat Tuesday. The couturier, wearing a white dressing gown, joined other guests and staff who were forced to evacuate on the seafront Promenade des Anglais shortly after sunrise. A woman called the local police at around 6 a.m. to warn that a bomb had been placed in the hotel, but this turned out to be a false alarm.

SHOOT ’EM UP: Believe it or not, there are other ways to survive New York Fashion Week than downing 12 carafes of espresso. Or so says Dr. Oz Garcia, nutritionist to the likes of Donna Karan, Vivienne Tam and Karolina Kurkova. This season, Garcia will bring his new Arizona Rx Energy Fast Shots to the tents for editors and retailers in need of a pick-me-up. The size of minibar bottles, the drinks contain green tea and vitamins and minerals including B12, ginkgo biloba and taurine, which also is found in Red Bull. But Garcia said his shots are better for the body. “I think Red Bull has seen its day,” he said. “It’s the same old thing. This gives you nutrients and supplements that are good for your brain, so you think better, you have focus and energy.” And once the day is through, Garcia has a solution for that, too — and it’s not 12 carafes of Champagne. His P.M. Relax shot contains soothing chamomile, and he said: “It actually helps soothe and repair the human brain. You can’t say that about whiskey.”

Garcia also will be participating in Fashion’s Night Out, giving health advice and auctioning off a six-month consultation at the Vera Wang Bridal Boutique.

JUST CALL HIM CLAIRE: Artist Grayson Perry last week unveiled the fabrics he’s designed for Liberty as part of the Regent Street store’s “Prints Charming” exhibition. Perry’s prints for Liberty include “Cranford,” a pattern of grinning faces wearing bonnets, inspired by the recent BBC costume drama, and “Sissy,” which works childlike images of rocking horses and teddy bears into a print alongside automatic rifles and fighter planes. Perry, who was dressed as his female alter ego, Claire (only in Britain!), said he wasn’t snobbish about his work appearing on boxer shorts, fabrics and lamp shades. “All artists are in the business of home furnishings,” he said with a wry smile. Other artists who had designed prints, including Paul Morrison, Mike McInnerney and Simon Hart, joined Perry at the London store to chat over elderflower cocktails. Perry also celebrated the launch by appearing in Liberty’s Regent Street window for an hour — which he’d styled to resemble a “Lithuanian peasant’s” abode — along with his designs.

A IS FOR AMIES: A collection of the late British couturier Sir Hardy Amies’ sartorial witticisms has been assembled in a new men’s style guide, “ABC of Men’s Fashion” (V&A Publishing), which is hitting U.K. bookstores this month. The cloth-bound tome guides men through the daunting minefield of male apparel, with topics ranging from boxer shorts to skiwear. Choice Amies quotes peppered throughout include: “A man should look as if he has bought his clothes with intelligence, put them on with care and then forgotten all about them,” or, on trouser cuffs: “You can’t have any,” and, on boxer shorts: “I cannot help feeling that they will discover one day that they interfere with the line of the trouser.” The book costs 9.99 pounds, or $16 at current exchange.

NEW LOOK: MyShape, the online retailer that promises a flattering fit without spending time in stores, updated its Web site. Now, customers can shop by designer and invite friends to see their personal store. An “outfit builder” lets shoppers mix and match looks to create an outfit, similar to Polyvore. Expanded sections on personal style offer fall looks and wardrobe advice. MyShape matches customers to clothes via a questionnaire that assigns them to one of seven body types.