“Brands shape a lot of the way our culture looks. Take it or leave it, we have a large consumer culture. I like stuff, but it’s important the stuff I surround myself with supports things I believe in,” the DJ and EDM producer told WWD.

L.A. brand MeUndies, the subscription underwear disruptor that has sold 10 million colorful pairs in seven years, has tapped DJ and EDM producer GRiZ, or Grant Kwiecinski, to be the face of a new collection launching today championing LGBTQ Pride.

An advocate for the community, GRiZ made headlines in June 2017 when he wrote a piece for Huffington Post coming out as gay before releasing his sixth studio album. Founded in 2011 by Jonathan Shokrian, MeUndies has built a business using targeted ads and digital content taking a stand on issues such as same-sex marriage, body positivity and slut shaming. The brand started annual Pride-themed collections in 2017.

The collection of men’s and women’s underwear features the slogan “I Love Me” on the waistband, which is real estate MeUndies has never before used for a printed message. Also available are bras, socks, onesies and T-shirts in unicorn and “Proud” prints, $16-$78. One dollar from every sale will support the Happy Hippie Foundation, the nonprofit founded by Miley Cyrus that focuses on youth homelessness, the LGBTQ community, and other vulnerable populations. There will be four billboards featuring photos from the collab, three in West Hollywood and one in Denver, where the musician lives. 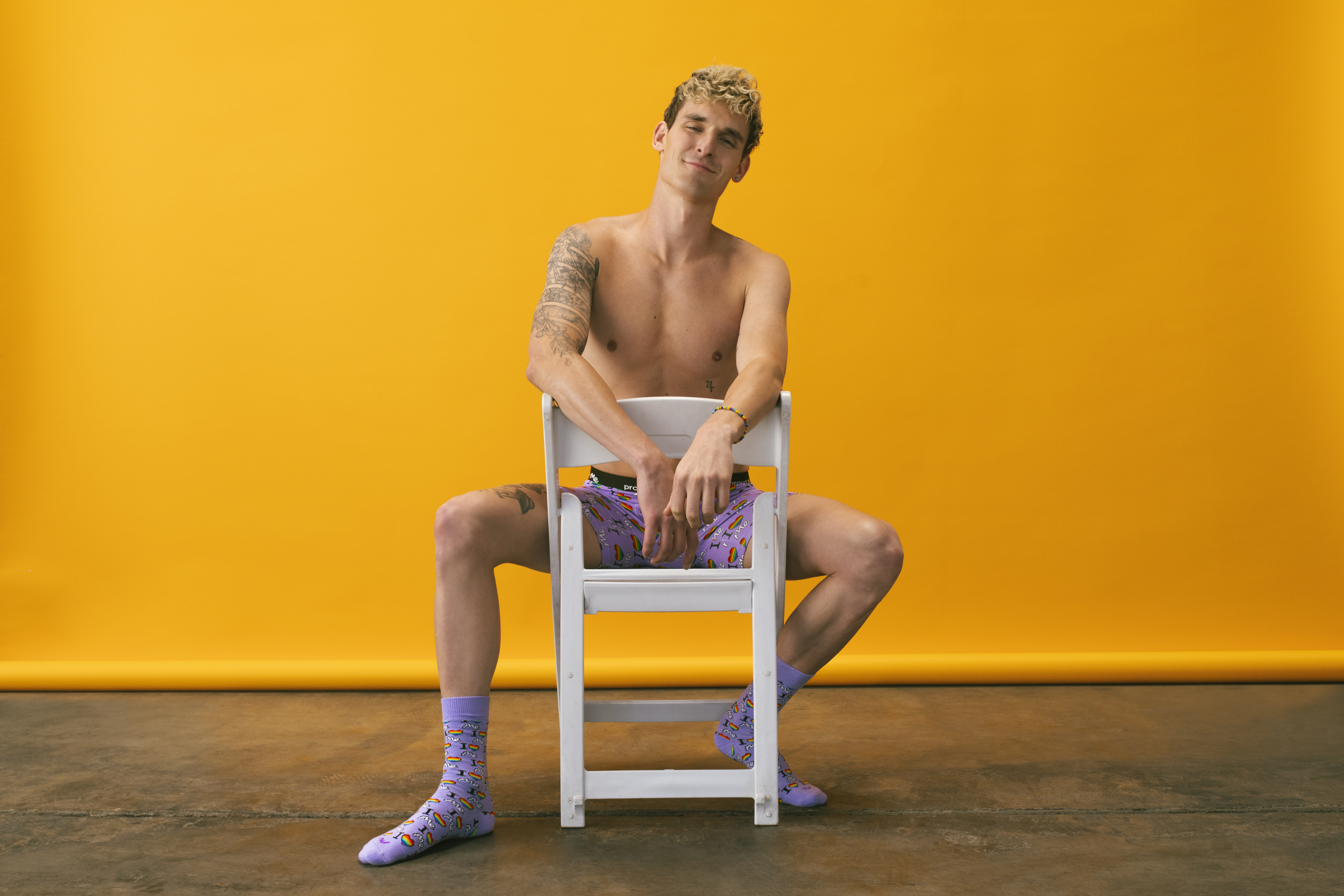 “It’s amazing to support Griz and his story. We look internally for inspiration and a lot of the LGBTQ community is represented by team members at MeUndies,” said Shokrian of his brand’s history supporting the cause. “But it’s important to say that it’s been unpopular in a lot of ways, we’ve lost customers and followers. Anytime we post a same-sex couple we lose up to a couple thousand followers and get hate messages in the comments section. But we leave the comments and watch our followers come to the battle…As far as we’ve come, it’s sad to see we still have to fight for basic human rights.”

“Brands shape a lot of the way our culture looks. Take it or leave it, we have a large consumer culture and I like stuff, but it’s important the stuff I surround myself with supports things I believe in,” Kwiecinski told WWD. “You won’t find me getting a Chick-fil-A sandwich. I’m not going to put that into my space…MeUndies is about uplifting the culture. And they have the softest underwear in the game. It makes me feel sexy and self-confident…so I don’t have a problem taking my pants off!”

Shokrian hopes brand activism pays off down the line for the business, which sells matching men’s and women’s underwear, socks and loungewear, as well as pet accessories in whimsical prints of ice cream cones, aliens, flamingos and more. “Our success has been to create a platform of self-expression and inclusivity,” he said of MeUndies, which encourages fans to post their own photos wearing their favorite pair. “It’s tough to grow into a mainstream brand doing this, but over time we are paving the way and other brands are following suit. We are seeing more brands coming out and joining Pride, supporting different causes, think it’s great watching it every year.” (Ralph Lauren, Teva and MCM are among the fashion brands planning initiatives or special product around this year’s Pride events, which will celebrate the 50th anniversary of the Stonewall Riots.)

MeUndies will be sponsoring the It Gets Better Pride Party on June 8 in Los Angeles, as well as hosting an employee volunteer day with its employees. 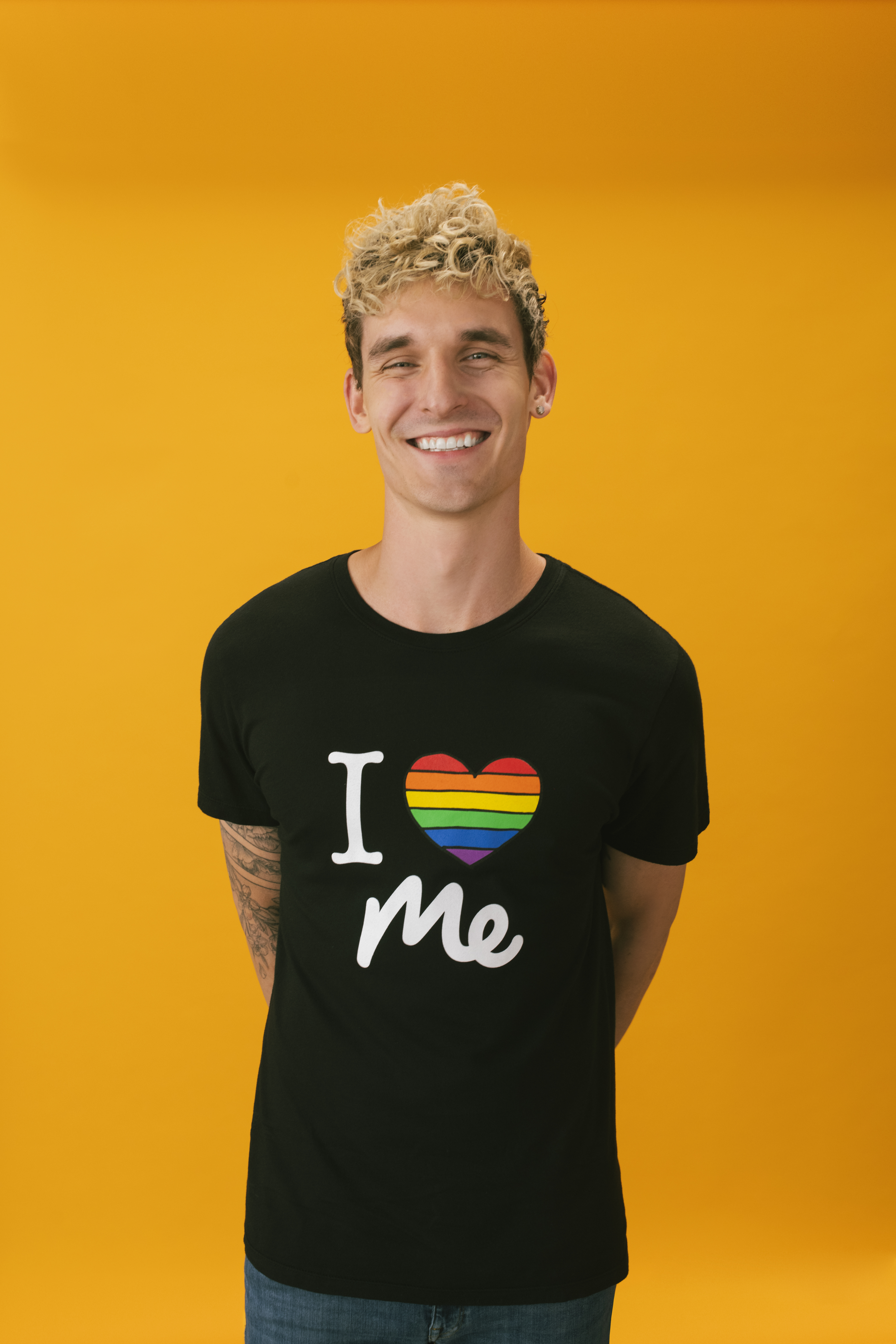