A view of the new exhibition at the Gucci Garden Galleria.

GARDEN GROWS: “I like to see mysterious relationships develop,” said curator Maria Luisa Frisa at a preview on Tuesday of a new exhibition at the Gucci Garden Galleria in the Palazzo della Mercanzia in Florence, geared at illustrating the evolution of Gucci creative director Alessandro Michele’s universe in relationship to the archives as he weaves narratives and mythologies by combining and juxtaposing his personal memories and those of the House.

Prior to the tour, guests were given a walk-through of Florence’s Boboli Gardens to take in the progress of a major restoration plan being financed by Gucci in collaboration with the Uffizi Gallery and the city of Florence.

Emblazoning the main wall of the opening room of the new exhibition at Gucci Garden, meanwhile, is a decor by Japanese artist Yuko Higuchi depicting a large, fantastical creature incorporating a number of Gucci codes, like the green-red-green web stripe ribbon, Kingsnake and Tiger. 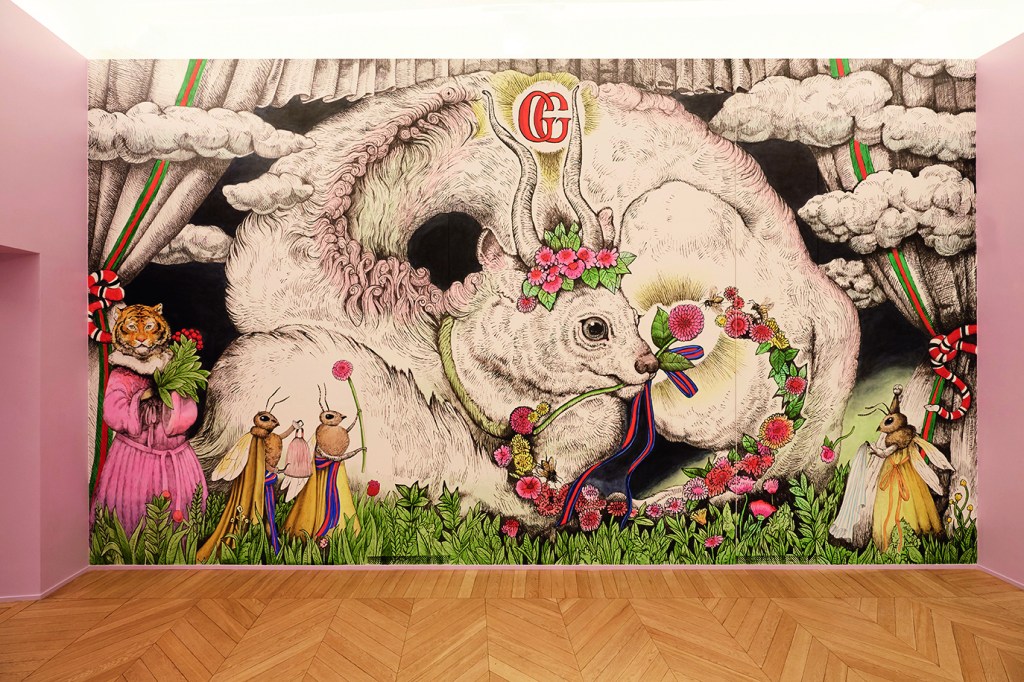 The artwork by Yuko Higuchi.  Courtesy

On display in the space are interpretations of what Frisa described as “one of the most charismatic motifs in the history of fashion” — the interlocking G. Items range from a 1969 dress in an original GG fabric and leather inserts to a chocolate velvet devoré suit from Tom Ford’s fall 1997 collection. “Each theme is a window on one of the most iconic house codes,” added Frisa, explaining how Michele in turn has added his own “heraldry or codes, like cartoon characters and the Union Jack.”

The next room, dubbed Bagology, presents a spectrum of iconic Gucci luggage and bags from the Fifties to the present, juxtaposing in one window an archive Bamboo bag alongside a 3-D-printed Mickey Mouse bag from the house’s spring 2019 show. 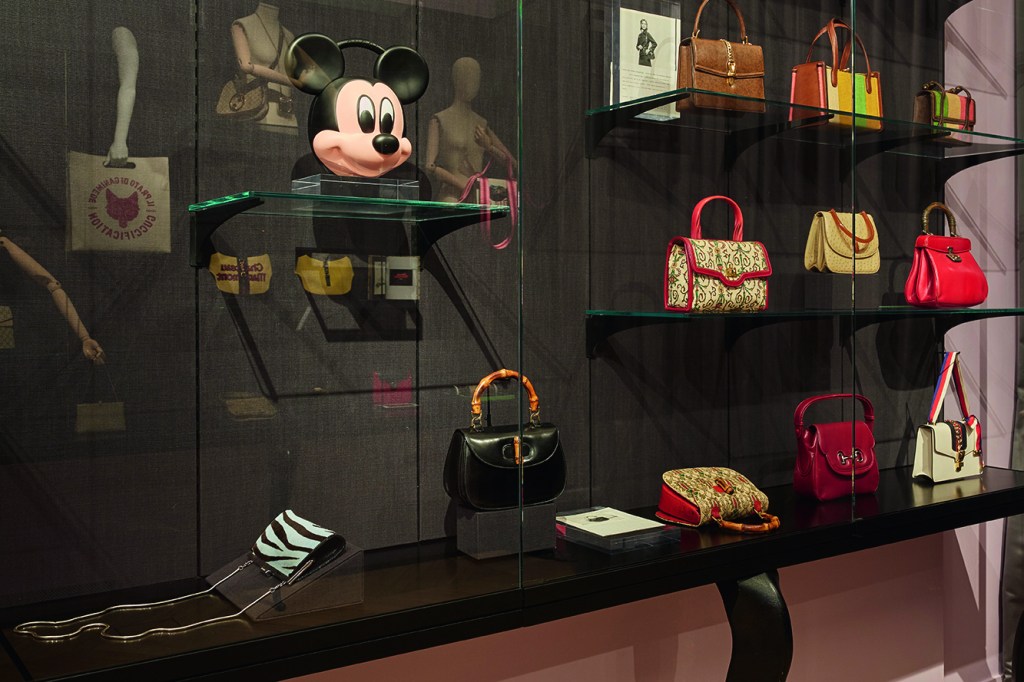 On the second floor, Ouroboros, a room exploring “reflections on nature” — another major Gucci storyline — features one of first dresses produced by the house: a Flora printed silk style from 1969 with a print by illustrator Vittorio Accornero de Testa, who also designed a number of the scarves on display in the show.

Other highlights include Cosmic Colors, a room exploring the “metaphysical atmosphere” of collections past and present, including a multicolored lamé bomber from Michele’s spring 2018 tribute to Elton John’s stage wear, shot with neon lightning bolts. 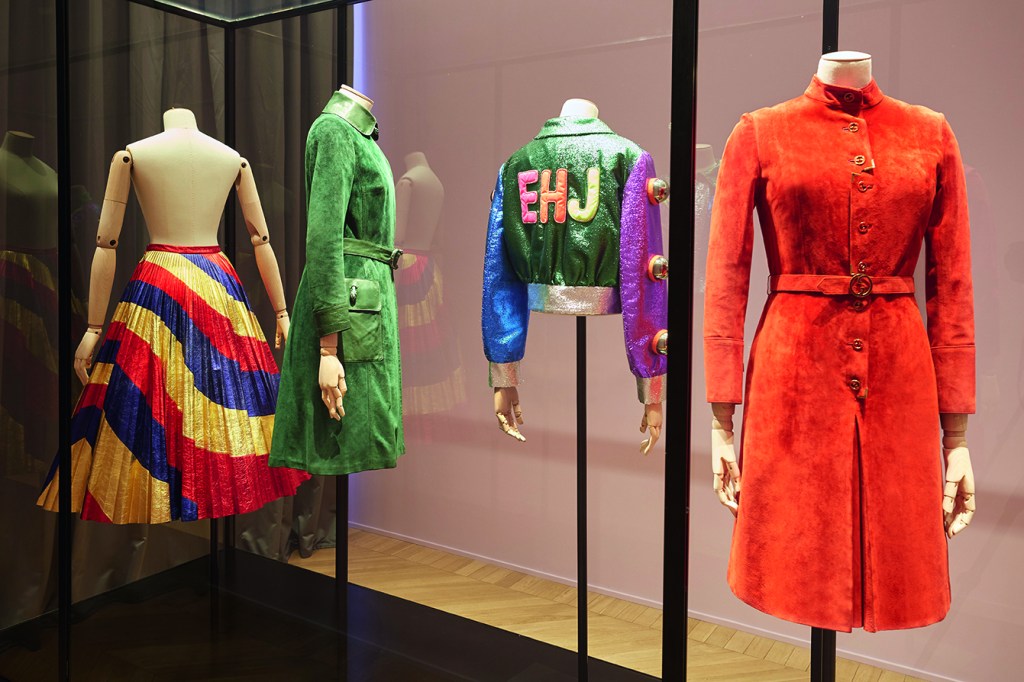 A view of the Cosmic Colors room.

“This is a special place as the only example of a big fashion house being ready to share its archives with an outside audience. It’s also a place open to a very diversified audience, one familiar with the Gucci codes but maybe not the heritage; it’s about combining a pop element with more scientific elements,” Frisa said. “It’s a place for preservation, but also the imagination.”

In the site’s ground floor boutique, meanwhile, Italian artist Livia Carpenzano was on hand to present an exclusive capsule of clothing and other items splashed with her own fantastical artworks inspired by metamorphosis, titled “Drawing the Metamorphoses, Or, Celebrating the Evil of Ovid.”