The actresses took in Clare Waight Keller's final collection for the house. 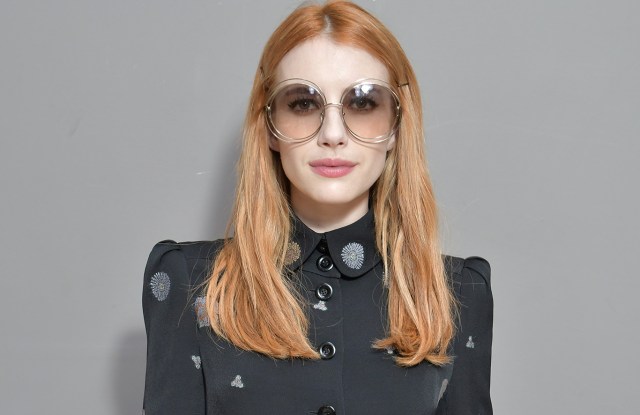 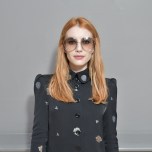 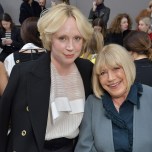 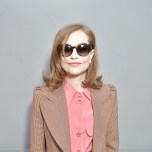 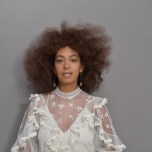 AU REVOIR: “Good luck, and what an amazing last few years it has been,” said “Versailles” star Anna Brewster, who was among a gaggle of A-listers attending the final Chloé show under Clare Waight Keller on Thursday.

Ana Girardot, who has been dressed several times by the designer over the years, was also among the well-wishers, saying it had been an honor to wear her creations. The French actress stars in the soon-to-be-released “Knock,” alongside Omar Sy, and the Cédric Klapisch-helmed “Back to Burgundy,” about a long-departed brother returning to his family home in Burgundy just as he and his siblings inherit their family vineyard.

Other guests, such as Gwendoline Christie and Isabelle Huppert — who was looking a little weary following the Oscars, as one of this year’s contenders for the Best Actress award — were less forthcoming. “I will deliver my message in person after the show,” demurred Christie, before shooting off to catch up with Marianne Faithfull.

A vision in a white lace dress, Solange Knowles, who said she was looking forward to becoming an aunty again with her sister Beyoncé expecting twins, concentrated on bopping along to the show’s Eighties tracks, including the Human League classic “(Keep Feeling) Fascination.”

Emma Roberts, who confessed she had not yet met Waight Keller, was ticking off the looks. “It was amazing, I loved all the boyfriend coats, the oversized styles in flannel. And the dresses: I want that purple minidress more than anything,” giggled the actress, who sported a flower-print suit and retro, round shades for the event. Roberts’ latest project is the movie “In a Relationship.” “I’m getting to film it with all my friends: Dree Hemingway, Michael Angarano and Patrick Gibson from the ‘OA,’ which is my favorite show.”