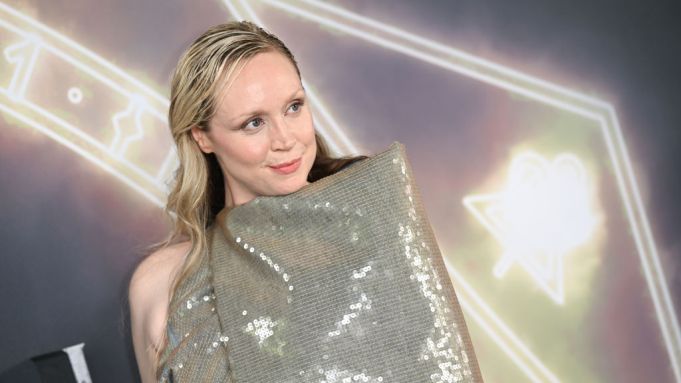 Gwendoline Christie looked to a futuristic outfit for her latest red-carpet appearance.

Christie’s “The Sandman” red-carpet look follows her appearance at San Diego Comic-Con last month, where she joined her costars of the Netflix series to give a first look. For the occasion, Christie looked to Fendi’s fall 2022 couture collection, wearing a red and navy color-blocked caftan embellished with a sequined trim.

“The Sandman” is a fantasy series based on the DC Comics books of the same name. The series is about Sandman, also known as Dream, who is mistakenly imprisoned and attempts to escape as all dreams are lost and chaos erupts across mankind. Christie stars in the series as Lucifer, who is described as “once the wisest and most powerful angels in heaven.”

The series debuts on Netflix on Friday.