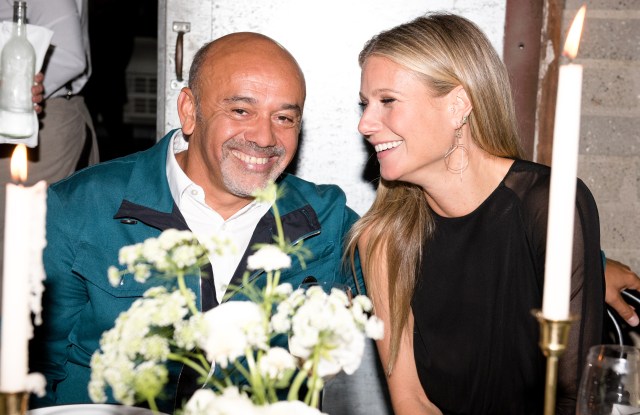 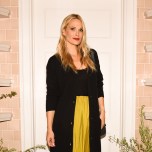 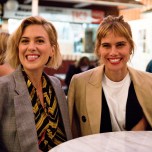 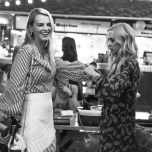 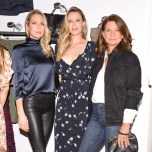 Designed by Stephen Alesch and Robin Standefer of Roman and Williams, the 1,300-square-foot space, which officially opens later this month, is fashioned as Goop’s Brentwood bungalow, with a living room, kitchen, apothecary, mudroom, greenhouse and porch. Customers enter through the plant-filled greenhouse and mudroom, which leads to a working kitchen, the heart of the store. Off that is the apothecary where the beauty and wellness products are displayed, and apparel is housed in the back living room.

For the event, the space was transformed into a French bistro with oyster shucking by the chefs, a rosé tower and Parisian details including servers wearing Saint James Breton stripes to celebrate the French heritage of Christian Louboutin. Following cocktails, guests were transported to the one night only Goop Brasserie for a French feast.