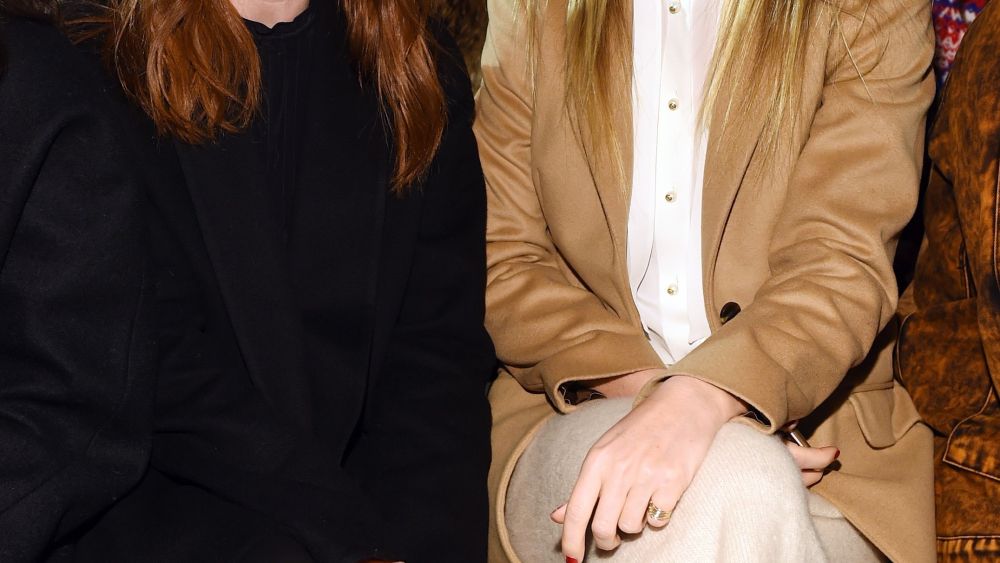 Raf diehard A$AP Rocky was scolding an iPhone wielding fan trying to snap an unauthorized photo. “You can’t be rude, you can’t do that. If you do, you need to go around,” he told her, before backpedaling. “I’m sorry. I apologize about that.”

Nonetheless, he came dressed to theme for the show. “I threw on my vintage Calvin today. Hopefully [Raf] manifests all his vision into this,” he said, before a publicist approached him and asked him to clear room for an incoming guest.

“Have you met Millie Bobby Brown, from ‘Stranger Things?’” Rocky was asked. “No I never met her before,” he replied, before elaborating that he loves her show, “Stranger Things.” “It’s one of my favorite shows on Netflix.” The two were posing for photos — A$AP approved — in no time.

Brown herself has become a bit of a fashion darling since the show took off this summer. “This is my second show — I was at Coach at the beginning, but this is incredible,” she said, before attempting to flex a bit of a fashion muscle. “I’m very excited to see Raf’s new collection. He’s been working very hard on it. His collaboration with all these incredible people it’s going to be incredible. Calvin Klein has a really incredible meaning and it’s nice and comfy.”

Also making time for fashion week from the awards circuit was Oscar nominee Harris, who is up for best supporting actress for “Moonlight.” “I think this is the most amazing show to be at fashion week, and everyone wants to be here,” she said.

She stayed mum on what her Oscar dress will look like — though her presence at Calvin Klein certainly hinted in that direction — but said she’s “really toward the end of my whole process. It wasn’t at all [a lot of trying on dresses], it was a very simple process.”

Once fashion week and the Oscars conclude, she’ll be taking a break from wearing designer gowns on carpets for a while. “I’m going on holiday, to Mexico. I’m having a break,” she said. “I’ve got like two months off until that next project, so I’m taking a month to travel and then I’ll take a month to prep for the movie, and then start working again.”

Fellow designers Diane von Furstenberg and Narciso Rodriguez turned up to support the latest addition to New York Fashion Week. “I am coming to celebrate my co-Belgian,” von Furstenberg said. “I expect the best. I’m so happy also to welcome him to New York — I think it’s a big deal. I think he is the perfect thing for Calvin.”

Rodriguez was equally supportive. “It’s nice to show people who you care about that are new to the city, and it’s such a big endeavor that we’re here to support,” he said. “Calvin is such an iconic American brand, and it’s nice to see it in his hands.”

His own show on Tuesday, though only a few days away, is still very much in progress. “Oh yeah, you know, the usual: no fabrics, late deliveries, everything that leads up to a fashion show,” he said.