By David Moin and Erik Maza on April 10, 2014
View Slideshow 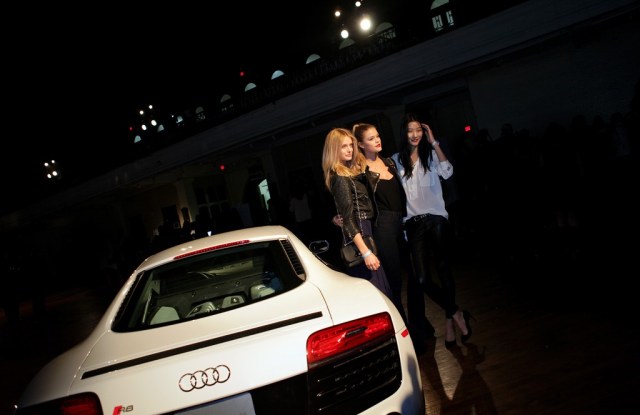 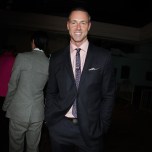 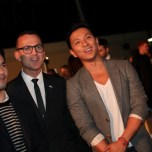 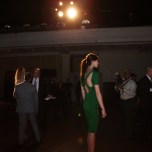 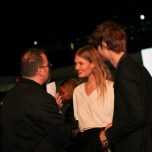 GYM BUNNIES: Jeffrey Kalinsky packed the 69th Regiment Armory in Manhattan Tuesday night for his 11th annual fund-raiser Jeffrey Fashion Cares. The main attraction was the traditional fashion show, which featured looks carried by the store as well as a number of hunky, callipygian models in skimpy swimsuits by the likes of Baja East. The label’s Scott Studenberg and John Targon, who took in the show from the front row, were just two of the designers in the house; Prabal Gurung, Joseph Altuzarra and Tony Mellilo were among the others. Also inspecting the runway looks from the front row was Dennis Basso, who’s lost count of the number of Jeffrey Cares events he’s attended over the years.

The event benefits a number of charitable organizations, including The Hetrick-Martin Institute and ACRIA, which as a group walked away with a total of $669,811.

The runway show was preceded by an introduction by “Veep” actress Anna Chlumsky, a live auction and the presentation by Steve Madden of the Community Leadership Award to Rob Smith, the global chief merchant officer at Haddad Brands and a former top merchant at Macy’s.

“I’m having a great time and we’re raising a ton of money,” he said. “Sometimes people get awards for really not much of a reason, but this one feels authentic to me.”