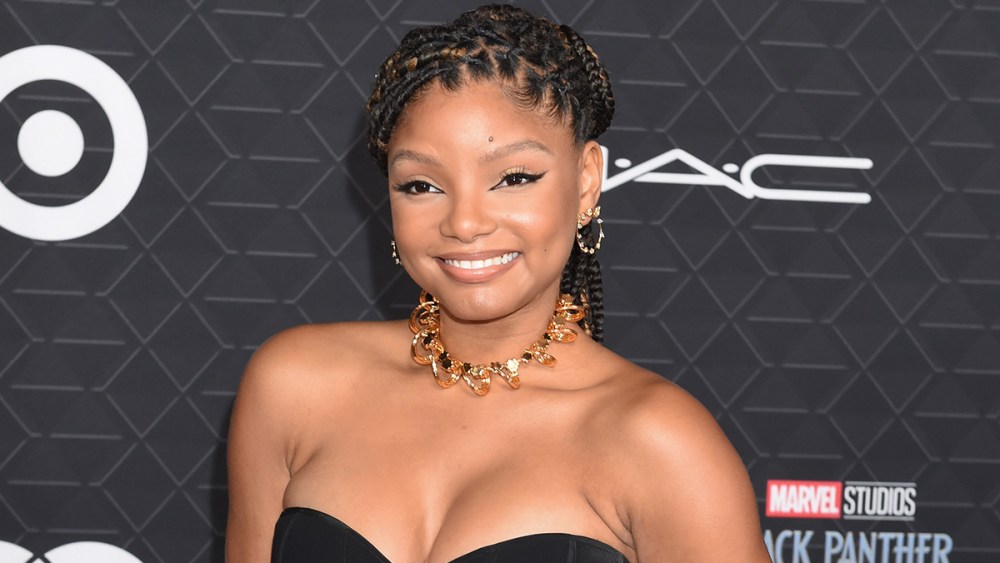 Halle Bailey arrived at the “Black Panther: Wakanda Forever” premiere in a streamlined look on Oct. 26 in Los Angeles, California. For the occasion, Bailey wore a strapless bustier gown by Toni Matičevski. The silhouette included a structured corset-style top with a mermaid-style skirt.

Bailey accessorized with striking gold jewelry, including a pair of Flicker circle earrings by Fernando Jorge that feature citrine stones and 18-karat yellow gold. An OH Poppi Tuscon necklace and a Shroomhead bangle by Outhouse Jewellery completed the look.

Accompanying Bailey on the red carpet was her sister, fellow singer, songwriter and actress, Chloe Bailey, as well as Rihanna, A$AP Rocky, Angela Bassett and Micheal B. Jordan.

Halle Bailey has had other standout fashion moments in recent weeks, including her look at the Wearable Art Gala on Oct. 22 in Santa Monica, California. To the event, she wore a dazzling crystal-embellished gown from Georges Hobeika’s fall 2022 couture collection.

Bailey is exploring other endeavors along with music, preparing for her debut role as Ariel in Disney’s new live-action installment of “The Little Mermaid,” which is set to premiere on May 26.