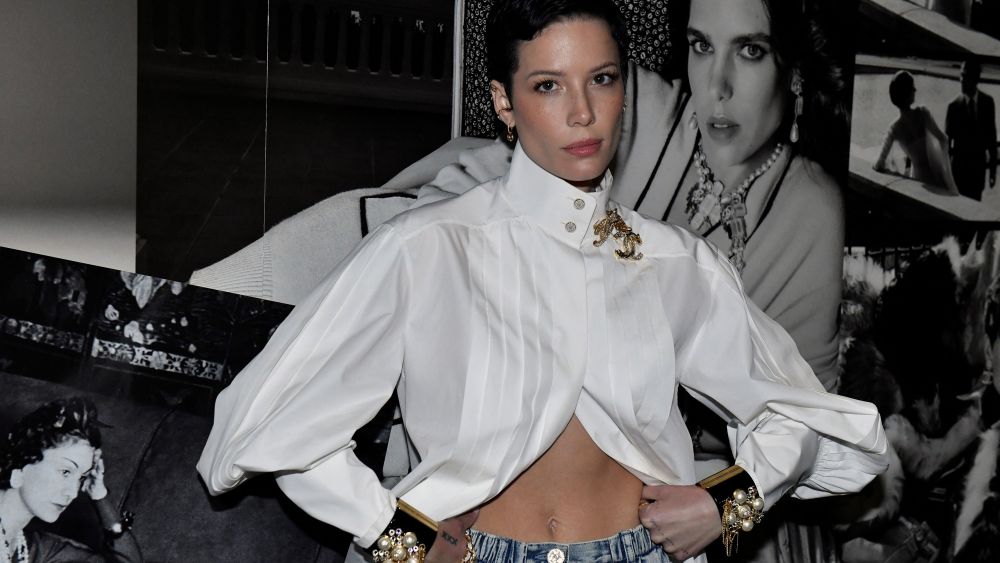 Halsey was among the many famous faces that sat front row at the Chanel spring 2023 runway show.

The musician attended the design house’s runway show on Tuesday during Paris Fashion Week wearing a look from the label. Halsey’s look consisted of a white button-up shirt and baggy denim trousers. They paired the look with several gold broaches from Chanel, chunky gold jewelry and a small white Chanel crossbody bag.

Halsey was among many celebrities who sat front row at the Chanel show. They were joined by Kristen Stewart, Jennie Kim, Naomi Campbell, Diane Kruger and others.

This is Halsey’s latest appearance during Paris Fashion Week. Previously, they sat front row at the Givenchy spring 2023 runway show alongside the likes of Olivia Rodrigo, Kanye West, Doja Cat, Noomi Rapace and others. For the show, Halsey wore a black oversize jacket over a black turtleneck and shorts. The musician also attended the Ann Demeulemeester show, sitting front row next to Cher wearing a black leather jacket and matching knee-length boots.

While Halsey has become known for their edgy style, they have also made a name in the beauty industry. The musician runs two beauty brands: About-Face, a makeup brand that was launched in January 2021, and AF94, a more accessibly priced makeup line they debuted last July at Walmart.