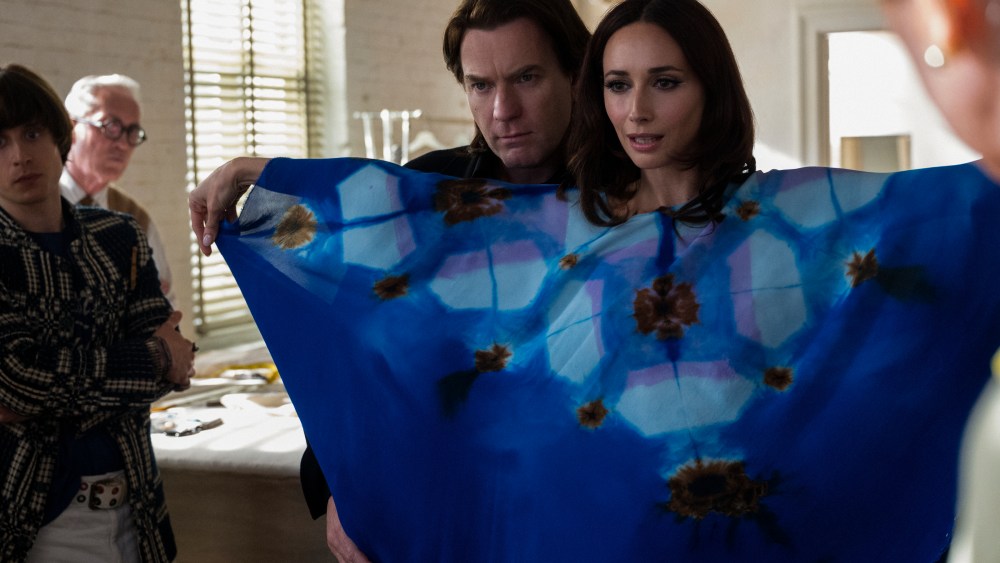 The Halston brand is paying homage to the late designer with a new capsule collection inspired by the recent Netflix limited-series, “Halston.”

The designer’s namesake brand and Netflix are teaming on a collection inspired by archival Halston designs and original costumes seen in the limited series, which starred Ewan McGregor as the titular designer. The 10-piece eveningwear collection is available for pre-order now on Halston’s website and will ship in late July. Later in June, the collection will be carried by Neiman Marcus and Saks Fifth Avenue. Prices range from $995 to $1,595.

“Roy Halston Frowick single-handedly created luxury American fashion,” said Robert Rodriguez, who is the Halston brand’s new chief creative officer. “Halston has always had a tremendous influence on my career, in an industry where his imprint remains decades later. I’m thrilled to now carry forward his legacy through this Netflix capsule collection in collaboration with Saks Fifth Avenue and Neiman Marcus. It was exciting to recreate the iconic Halston archive dresses that appear in the Netflix series and reinterpret them for modern day. I am grateful to be part of this homage to Halston, who has inspired designers throughout the world.”

The collection includes some of the standout looks from the “Halston” show, all which are named after the designer’s Halstonettes, which were his many model muses. One of the show’s first standout costumes, the collection features the “Elsa” — modeled by the show’s Elsa Peretti, played by Rebecca Dayan — which is a sapphire blue batik printed silk chiffon caftan. The collection also includes the “Beverly” (named after supermodel Beverly Johnson), a red and fuchsia printed silk chiffon gown, the Liza (named after Halston’s close friend Liza Minnelli), a gold Lurex silk chiffon caftan and the “Anjelica” (named after Anjelica Huston), a ruched one-shoulder jersey gown.

Netflix’s “Halston” limited series offered a dramatized version of how the late fashion designer catapulted in popularity in the 1970s and 1980s for his elegant, yet sexy designs, and how his career was thrown off course by his excessive partying. The show depicted many of Halston’s close friendships, including with the likes of Minnelli, Peretti, Joel Schumacher, Joe Eula and others.

The Halston brand has changed ownership and designers many times since the designer died in 1990. The likes of Sarah Jessica Parker, Jimmy Choo cofounder Tamara Mellon, stylist Rachel Zoe and disgraced former film producer Harvey Weinstein have all attempted to resurrect the brand in the last three decades. Last year, Rodriguez was tapped to steer the brand into more elevated sportswear reminiscent of Halston’s original brand.

Life After Halston: A Look at Halston’s Close Friends and Partners