Cynthia Nixon, Brooke Shields, Katie Couric and Debra Messing were among the guests at the power lunch for women at The Plaza Friday afternoon. 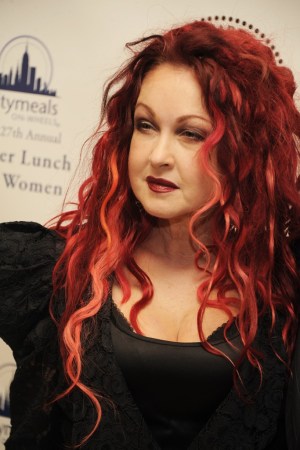 The organization was cofounded by the food critic Gael Greene to feed New York’s homebound elderly. Silda Wall Spitzer has been involved for a number of years. “This is a fantastic event to be able to raise awareness as well as money for an amazing cause, and I’m looking forward to volunteering on Thanksgiving and think they serve a really important need in this city,” she said, though she declined to say the neighborhood where she’d be volunteering for Citymeals.

Kathleen Turner, a 20-year veteran of the organization’s board, has been to many of these lunches over the years.