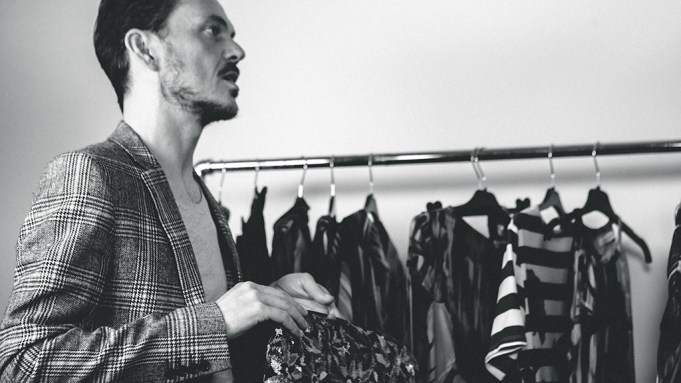 COME INSIDE: Harrods has teamed with Google and the British Fashion Council on a digital campaign that aims to highlight local talent in the run-up to the British Fashion Awards on December 1 in London. “Inside The Studio” will bow Thursday, October 16 with a short film featuring Matthew Williamson in his professional habitat, and other films – on Rupert Sanderson, Antonio Berardi and Alice Temperley – will follow over the next two weeks.

The films aim to capture the spirit of each studio and the process of putting together a collection. The designers are filmed with their muses, Georgie MacIntyre for Williamson, Jade Parfitt for Sanderson, Sophia Neophitou-Apostolou for Berardi, and Jacquetta Wheeler for Temperley London. The final film will debut on Tuesday, October 28. The campaign also includes shopping edits for each designer, and competition prizes, including a piece from each one’s fall/winter collection and an exclusive signed sketch.