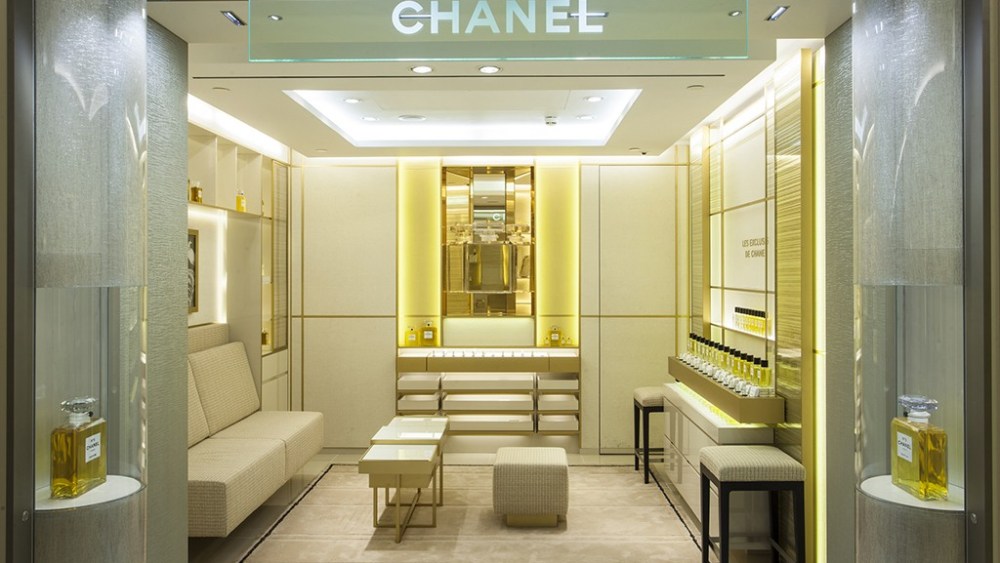 ON THE BOTTLE: Harrods has begun treating fragrance like fine jewelry with the launch of a new retail idea, Salon de Parfums, on the store’s sixth floor. Fine fragrance customers will now be able to spend time learning about and sampling famous and niche brands in the new salon, which features 11 shop-in-shops for brands such as Chanel, Dior, Tom Ford, Ex Nihilo, Kilian and Xerjoff. The 5,090 square foot space also has a “fragrance gallery” edited by Harrods and stocking brands such as Dead of Night, Liquides Imaginaires, and Thomas Kosmala, all of which are exclusive to the store internationally or in the U.K. There is also a section of the floor devoted to fragrances in limited-edition bottles from brands such as Bottega Veneta and Ferragamo.

Mia Collins, Harrods’ head of beauty, said the space is about encouraging “a conversation” about fragrance that goes far beyond the basic elements of the juice, and offers customers the same sort of service they would get if they walked into Harry Winston and started enquiring about the diamonds. The salon is housed on the floor that was once home to the personal shopping team and security offices. The sixth floor, which had never before been used for retail, was designed by MPA Architects with a gray and white central hall, shiny ceramic floor tiles, and a softly vaulted ceiling. Each brand has designed its own interiors: The walls of the Dior space are covered in 4,500 paper origami roses while that of Henry Jacques is meant to resemble a private apartment in Paris, with parquet floors and curtains embroidered with gold thread.

For some brands — such as Henry Jacques _ it’s the first time they’ve operated from an actual retail space, while for others such as Kilian, the space offers a new world of opportunity. Kilian Hennessy said he’d been in talks for years about selling at Harrods. “But I always said no to them because I didn’t want to be on a generic counter. I wanted to have a shop. Harrods has a discerning customer and it’s one of the biggest perfume doors in the world.”

To mark the opening, Hennessy created a one-off fragrance called One Night in Knightsbridge, made from the prized Taif rose, which has already sold for 15,000 pounds, or $24,000. He is also offering a bespoke fragrance service for 30,000 pounds, or $47,800. Similarly, Clive Christian is marking the opening with a 24-carat gold and diamond covered crystal bottle filled with an ounce of the brand’s No. 1 perfume. It retails for 143,000 pounds, or $228,000. Not everything is aimed at big spenders, however. A 100 ml bottle of fragrance from Liquides Imaginaires costs 140 pounds, or $223, while a 100 ml eau de parfum from Ex Nihilo carries a 260 euros, or $330 price tag.