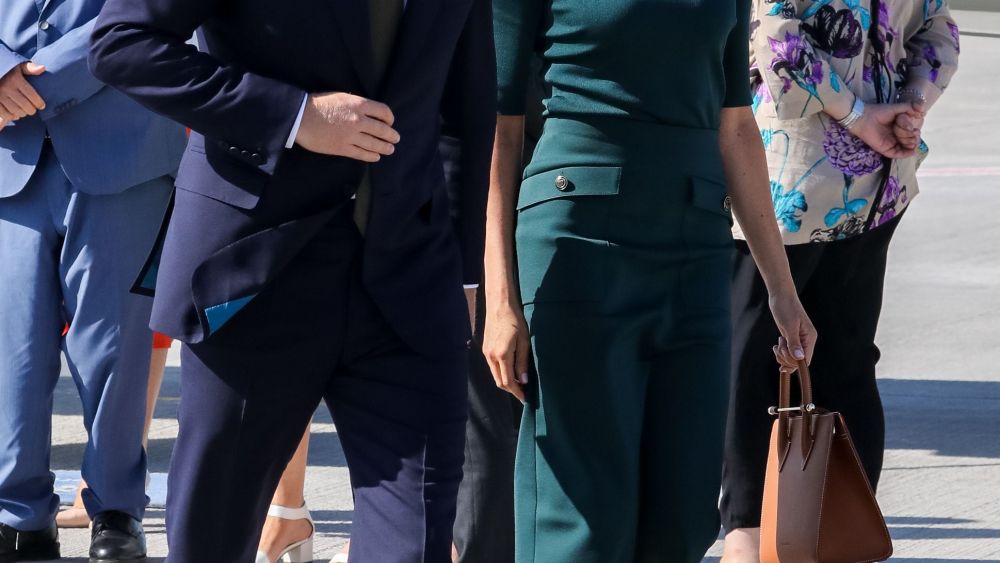 IRISH SUMMER: After attending Prince Louis’ christening on Monday and the centenary of the Royal Air Force the following day, newlyweds the Duke and Duchess of Sussex paused for breath, and then flew to Dublin for a two-day official engagement.

To initiate the visit — and the pair’s first overseas engagement as a married couple — Prince Harry gave a four-minute speech at Glencairn in Sandyford remarking on the unique relationship between the U.K. and Ireland.

On Tuesday, Meghan Markle wore a dark green Givenchy dress. That evening, she donned a black dress by Emilia Wickstead for a summer party at the British Ambassador’s home at Glencairn House in Dublin.

Earlier on Wednesday, she opted for a gray dress with a draped skirt by Roland Mouret. She paired it with a Fendi bag to meet with Irish President Michael D. Higgins and his wife. The young royals signed the official visitors’ book at Áras am Úachtaráin.

For their second engagement of the day, the newlyweds visited Croke Park, headquarters of the Gaelic Athletic Association. Markle picked Givenchy once again, changing into a tailored black pantsuit for the tour of the stadium and a hurling demonstration.

The pair went on to view the Book of Kells, an illuminated Latin manuscript of the Gospel, at Trinity College. For the last leg of their Irish tour, the duke and duchess paid their respects to victims of the Irish famine at the Famine Memorial.