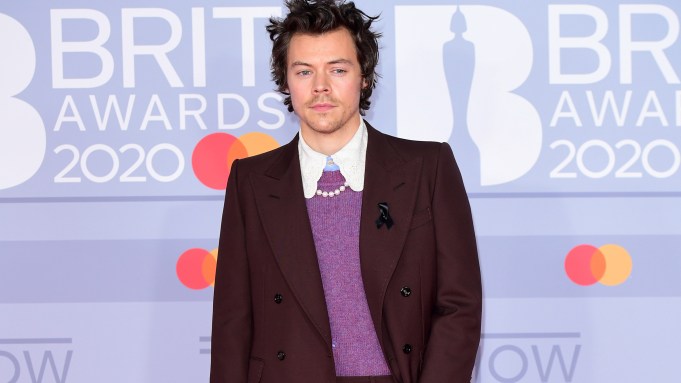 In his career so far, Harry Styles has continued to be a pioneer in music and fashion.

Last week, the singer sent the internet swooning when he released his emotional, lead single, “As It Was,” from his upcoming third studio album, which is called “Harry’s House,” scheduled for release on May 20.

The fashion-forward music video was shot in London by Ukrainian director Tanu Muino and featured Styles in red-themed outfits throughout, wearing the likes of designers such as Dries van Noten, Bianca Saunders and Spanish designer Arturo Obegero.

Styles was best known as one of the five members of the famous boy band One Direction, alongside Zayn Malik, Louis Tomlinson, Niall Horan and Liam Payne. Over the years, he, as well as the other members, grew to be some of the biggest stars in the industry. The group eventually announced their indefinite hiatus in 2016, with each of its members leading solo careers.

Since then, Styles has released two successful albums, including his eponymous album and “Fine Line,” and has become one of the biggest influences in modern-day fashion, comfortably blending gender norms. Last year, Styles also launched his own beauty brand, called Pleasing.

Over the years, Styles has worked very closely with Gucci and its creative director Alessandro Michele by wearing the label’s custom designs for some of the biggest events of the year, including his own concerts.

The singer veers off the typical formula when it comes to dressing by choosing colors like pink and opting for sequins, flares and heels.

Some of his most notable looks include his Gucci outfit at the 2019 Met Gala, which featured a black lace and sheer top with black dress pants, the three different boas he wore at the 2021 Grammys and his Vogue cover for the December 2020 issue in which he wore a dress by Gucci.

Throughout his career so far, Styles has been nominated for numerous accolades, including three Grammy nominations. Last year, he won the Grammy Award for Best Pop Solo Performance for his hit song “Watermelon Sugar.”

Styles has also starred in a number of films, the first being in Christopher Nolan’s 2017 movie “Dunkirk.” It was also recently revealed that he would be joining the Marvel Cinematic Universe as Eros, appearing in a mid-credits scene in the “Eternals” movie.

The singer-actor has two upcoming movies, including “Don’t Worry Darling” and “My Policeman.”

Click through the above gallery to see more of Harry Styles’ best fashion moments.

Everything to Know About Harry Styles’ Upcoming Album ‘Harry’s House’