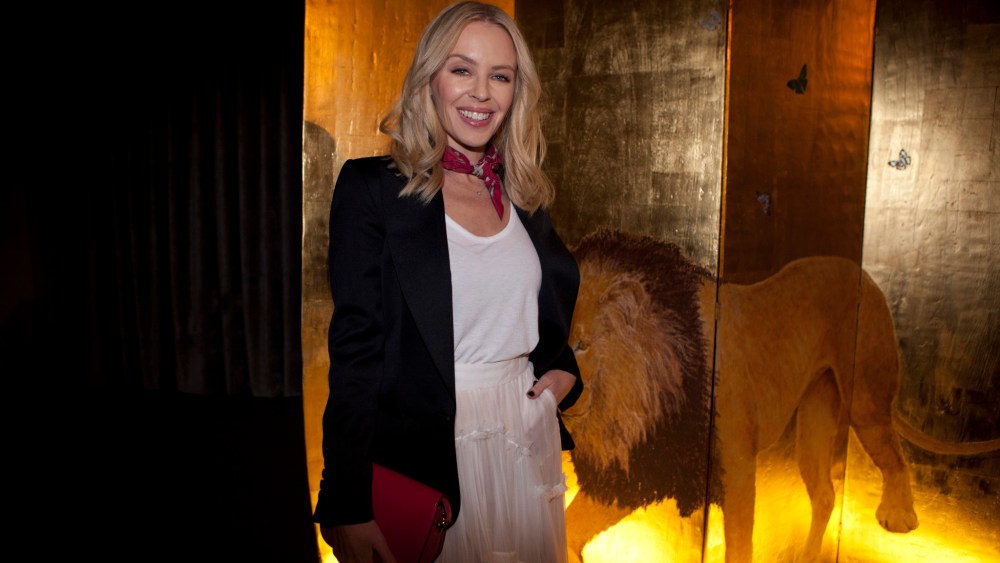 ALL THAT GLITTERS: While she moves on the sidelines of the fashion world and counts Haider Ackermann among her close friends, artist and jewelry designer Harumi Klossowska de Rola is rarely in the limelight.

That is exactly where she was to be found Sunday evening, with the opening of an exhibition of her work at the Van Cleef & Arpels-supported jewelry school just off Paris’ Place Vendôme.

As well as her animal-themed fine jewelry, the exhibition includes objects ranging from sculpted bronze lamps to a four-panel screen hand-covered in gold leaf and painted with a lion.

The daughter of the late artist Balthus and painter Setsuko Klossowska de Rola was asked by Van Cleef & Arpels to create an exhibition of her one-off jewelry pieces, and she chose to also show her sculptural work in order to highlight the bridges between fine art and jewelry.

“I would love to study at the school, there is so much I could learn here,” said Klossowska de Rola, who has no formal training in jewelry but has in the past collaborated with Chopard as well as creating her signature line, of the exhibition venue. “I’m self-taught. I worked for John Galliano for a while. I was very excited by his work, then slowly, slowly I started the idea of doing jewelry.”

As to her friend Ackermann’s debut at Berluti last Wednesday, she said: “I was so impressed by what Haider did.”

Growing up surrounded by artists of all sorts inevitably had its influence on her creative work. “My father would never take breakfast or lunch, but he would expect us all to be there at tea time, and he would talk to us about art and other things. I didn’t really pay attention at the time, but it definitely influenced me,” she said, adding the impact of her mother’s Japanese culture is also strong.

Klossowska de Rola’s jewelry designs evoke the natural world, combining traditional high jewelry materials such as gold and diamonds with natural components like horn, ebony, ivory and wood to create a bestiary of owls, eagles, bulls and felines, her favorite animals. (She is the proud owner of a Savannah cat called Kofi Annan.)

The exhibition at the Ecole des Arts Joailliers on Rue Danielle Casanova opens to the public Monday and runs through Feb. 1.