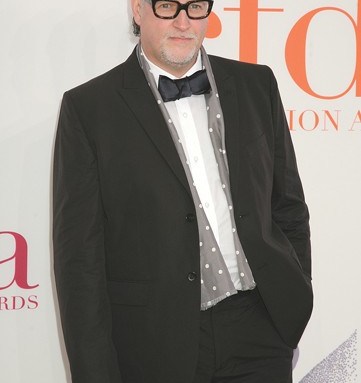 TIP OF THE HAT: Milliner Albertus Swanepoel has enjoyed both editorial exposure and critical accolades (he has been nominated for both a CFDA/Vogue Fashion Fund Award and a Swarovski Award for Accessory Design), but those lucrative corporate collaborations have thus far eluded him. No more: Swanepoel is anticipating a higher profile this coming fall, with the roll-out of his alliance with U.S. hat manufacturer Stetson. “I reached out to Albertus because I thought there was something interesting about a designer of his caliber joining forces with an iconic American brand,” said Pam Fields, chief executive of Stetson, which will produce between seven and 10 Swanepoel-designed styles. “We are going to let the retailers help us edit [the collection] down,” Fields said, noting the company plans to target retailers including Barneys New York, Bergdorf Goodman and Saks Fifth Avenue as well as specialty hat shops. While the silhouettes are classic — Swanepoel was influenced by the brand’s history, as well as Sherlock Holmes and the Bauhaus movement — the hats also have contemporary flourishes (brightly colored linings, for instance). “[It’s] a great opportunity for me to inject a more modern sensibility into their designs and create more unisex hats that will have a broader appeal,” Swanepoel explained. “They are the Rolls-Royce of hats to me, in America.” Swanepoel’s collection, which will be produced on a season by season basis, will retail for $180 to $300.

MOVEABLE FEAST: Now that couture is over and ready-to-wear is only a few weeks away, it’s time to start gearing up for cruise — and packing. Christian Dior plans to unveil its cruise collection at a fashion show in Shanghai in mid-April, in tandem with the reopening of its expanded boutique at the Plaza 66 luxury mall. And Chanel has set May 11 for the date of its event, in sunny Saint-Tropez.

ALICE IN MIDTOWNLAND: Bloomingdale’s is the latest fashion entity to go through the looking glass. Disney said that in early March the retailer will deck its 59th Street windows with “Alice in Wonderland” regalia, including props from the set of Tim Burton’s film, out March 5, as well as selections from Tom Binns’ Alice-themed jewelry and Sue Wong’s dresses. Additionally, seven other Bloomingdale’s locations will screen behind-the-scenes and bonus footage within the stores. Previously revealed Alice-related retail endeavors include Stella McCartney’s and Swarovski’s jewelry collections, Urban Decay eye shadows and OPI nail polish.

MEN AT WORK: The New York men’s show calendar is taking shape and Rag & Bone is planning a stand-alone presentation for men’s wear, separating the boys from the girls for the first time in years. Meanwhile, Generra is planning a co-ed show, marking a runway comeback for former Obedient Sons designer Swaim Hutson, now designing Generra. Gant will reveal Gant by Michael Bastian in a presentation separate from the runway show for Bastian’s signature line. And Perry Ellis is back from hiatus, showing in the tents. Ecco Domani winner Siki Im will be in a group show as well as his own presentation.

MOVIE STAR: Vanessa Seward, Azzaro’s artistic director, has found herself a new gig — acting. She plays Gladys, a wife who is cheated on by her husband, in Valérie Donzelli’s new comedy “La reine des pommes” (“The Queen of Hearts”), due out in France on Feb. 24. Seward, who wears Azzaro in the film, had to step out of character for her role. “I’m rather timid and had a scene where I had to slap someone,” she explained.

SHOCK EFFECT: Rapper T.I.’s AKOO clothing line will launch its first accessories collaboration with G-Shock watches this spring, producing a limited edition signature chronograph. The watch collaboration, which hits retailers on March 15, has special significance for the artist, who is nominated for two Grammys at this weekend’s awards. The hip-hop star, whose real name is Clifford Harris Jr., was released just last month after serving time in federal prison from a 2007 arrest for attempting to buy unregistered machine guns and silencers. He served about nine months for illegal firearms possession and possessing a gun as a convicted felon.

“His prison time is definitely a challenge in trying to build our brand right now,” admitted Jason Geter, AKOO co-founder and chief executive officer of T.I.’s Grand Hustle record label. “But so is the celebrity thing, and that’s what we tried to address from the start. In this space you have the gift and the curse of being yet another artist-driven fashion brand. There’s so much of that, people expect it to fizzle out quickly, so we are killing that idea with quality.” The AKOO line is manufactured and distributed as a joint venture with RP55 Group Apparel Group. Production of the G Shock timepiece will be limited to 1,000 units in white with accents of purple and gold on the face and buckle, and will retail for $180 in retail boutiques where AKOO is sold.

COUTURE CRASHER: British couture label Saint-Hill & Von Basedow got a high-profile visit from former British Prime Minister Tony Blair Tuesday night, when he dropped in on its Champagne reception in Paris. Saint-Hill & Von Basedow was presenting its spring collection and a retrospective at the British Ambassador’s residence. Saint-Hill & Von Basedow, which bills itself to be the last remaining British couture house, has just moved its headquarters from London to Paris and aims to be admitted as an official member of France’s haute couture federation. Its collection, meanwhile, worked an orchid theme in to a series of ultrafeminine gowns, such as a delicate lace frock with an orchid motif.

L.E.I. LAUNCHES MODEL CONTEST: Junior denim brand L.E.I. is looking to its customers to find three models for its next campaign. The brand, owned by Jones Apparel Group and sold exclusively at Wal-Mart, launched the L.E.I. Model Citizen Campaign this week. Girls between the ages of 15 and 21 can enter the competition online or at events to be hosted in New York, Miami and Los Angeles, where they can shoot short videos explaining why they should be featured in the campaign. Judges for the contest, which ends March 23, will be Teen Vogue editor in chief Amy Astley, designer Rachel Roy, Chanel Iman and Alan Ellinger, chief executive officer of Fashion Delivers. In addition to being featured in the brand’s fall campaign, the top prize winner will be given a $100,000 scholarship and a Teen Vogue internship and a trip to L.A. Prizes will also be awarded for the second- and third-place finishers.

DYING SPLENDOR: A collection of sumptuous outfits worn by the last of the maharajas will go on show for the first time outside of India in an exhibition at the Pierre Bergé-Yves Saint Laurent Foundation in Paris next month. “Les Derniers Maharajas” (“The Last of the Maharajas”) will showcase some 50 outfits from the collection of Deepak and Daksha Hutheesing, whose family has amassed 5,000 pieces ranging from royal robes to tribal dress. The costumes date from 1911 to 1947, coinciding with the dying days of the Raj when the maharajas, banned from waging war by the British crown, turned to increasingly extravagant outfits to assert their supremacy. The exhibition will run from Feb. 10 to May 9.