Having A Ball With Karl Lagerfeld and Baptiste Giabiconi

Karl Lagerfeld and Caroline, Princess of Hanover, attend The Centenary Gala of the Russian Ballets in Monaco. 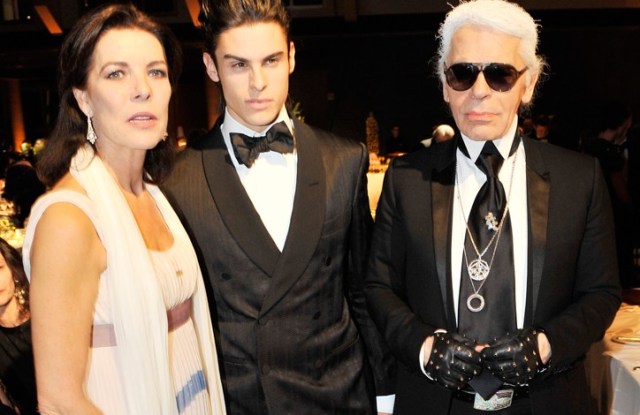 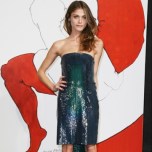 HAVING A BALL: The Centenary Gala of the Russian Ballets took place in Monaco on Sunday. The event, sponsored by Chanel, drew a star-studded crowd including Karl Lagerfeld; Caroline, Princess of Hanover; her daughter, Charlotte Casiraghi; dancer Bernice Coppieters, and actresses Elisa Sednaoui and Anna Mouglalis. (The Princess of Hanover wore a dress inspired by the nymph’s costume from “Afternoon of a Faun,” while the other women wore Chanel.) Festivities began with a film by Lagerfeld, entitled “Sergei, Misia, Coco et Les Autres…100 Ans de Ballets Russes, Chanel et ‘Le Train Bleu,’” which was inspired by the historic meeting of Gabrielle Chanel and Sergei Diaghilev. In 1924, she designed the costumes for his troupe’s “Train Bleu” ballet, but since Diaghilev banned photography, no images of the dance remain. The film showing was followed by numerous dance performances and a dinner. Guests were given two dance-inspired Lagerfeld picture books, entitled “Sergei, Misia, Coco et Les Autres” and “Les Nijinsky.”