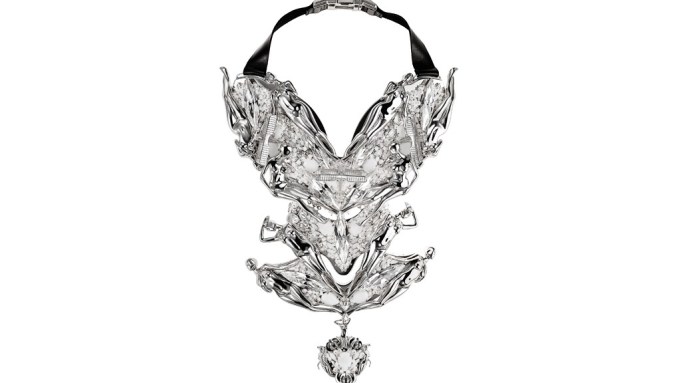 PRETTY NUTS: It’s been 10 years since Heaven Tanudiredja has been to his native Bali. He had left to study at Antwerp’s elite Royal Academy of Fine Arts, then joined John Galliano at Dior couture, later Dries van Noten, and in 2009 set up his own label.

Now Papilion Duo, a Jakarta high-end concept store, invited Tanudiredja to exhibit 30 of his statement jewelry pieces from Sept. 10 to 30. The highly sculptural items combine gold, enamel and vintage crystals from the Twenties, which the designer sourced from one of the last glass blowers in the Czech Republic.

Produced in Antwerp and Tokyo, his jewelry is also available at Le Bon Marché in Paris, at Dover Street Market in London, Tokyo and New York as well as Joyce in Hong Kong. Prices range between 350 euros (or $457) to 9,000 euros (or $11,769).