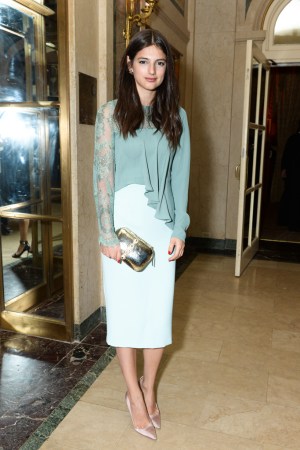 DOWNTOWN GOES UPTOWN: Much like Manhattan’s Lower East Side, the rapdily-gentrifying neighborhood that Henry Street Settlement services, attendees at the organization’s spring dinner dance were going through something of a transition. “Spring is upon us,” mused one guest, surveying all the bare legs on display in the packed room at the Plaza Hotel. The event, which raised over $750,000, also served to honor longtime board member Michael A. Steinberg, Ennead Architects and Marissa Sackler of Beespace. “When you see the young people who have been products of Henry Street, you can understand instantly what a wonderful organization this is. I don’t need to say anything else,” Steinberg teased before dinner.

The night took a decidedly hip turn as the MC delivered a rap-style intro—”They brought out the crowd to raise the din-ero”—and a group of young breakdancers from Henry Street’s arts program took center stage after dinner. “I bet this is the first time the Plaza has seen something like this,” one attendee quipped as the performers pop and locked. Monique Pean, Patricia Herrera Lansing, and Chris Gelinas were among those who had come out to support the charity. “I’m happy to support anything that cultivates a neighborhood and a general sense of support system for NYC,” Gelinas noted.

Nearby, a very downtown group of friends—Jen Brill, Chrissie Miller, and Leo Fitzpatrick (who himself has been a symbol of downtown NYC culture, since his leading role in the 1995 cult film “Kids”) — were taking in the scene.“A couple of years ago, the group of friends I’m with tonight started an initiative with Henry Street for a friend of ours who passed away, Dash Snow,” Brill said, explaining what had brought the crew uptown on a Tuesday night. “It’s an important organization—It’s downtown,” she continued. “I lived downtown for many years. I just moved to Brooklyn. I think I’m moving back to the city though.”