With backing from Asian investors, the heritage brand is looking to reimagine its trunks as the ultimate luxury interior design pieces and build its core business around them.

A trunk by Au Départ

PARIS — Au Départ is the French historical trunk maker that began its life in the early 19th century alongside the likes of Goyard, Moynat and Louis Vuitton.

It has been dormant since the Seventies, after a merge with Moynat ended in bankruptcy. But it’s now ready to come back into the market and re-brand itself for the modern-day luxury consumer with backing from a group of 15 Asian private investors and former Dsquared2 executive Gianfranco Maccarrone, who has joined the company as chief executive officer.

Maccarrone said he was drawn to the idea of moving from the rapid pace of the fashion industry to a brand that specializes on “extreme luxury,” offering the opportunity to do retail in exciting ways and support customers’ broader lifestyle.

“The ultimate luxury is time, so our goal is to get customers to spend time with us,” said Maccarrone at the brand’s Paris Fashion Week presentation, held at a grand apartment that was designed by the Milanese design firm Dimore Studio and which teased the brand’s vision for retail — less obvious selling spaces and more luxe, but homey environments that resemble a stylish private home more than a shop floor. “This is a product that needs to have a physical presentation.”

Maccarrone added that retail is in the brand’s near-term plans, starting with a location in Paris that “must be the home of this brand” and followed by other key cities including London, New York or Moscow. 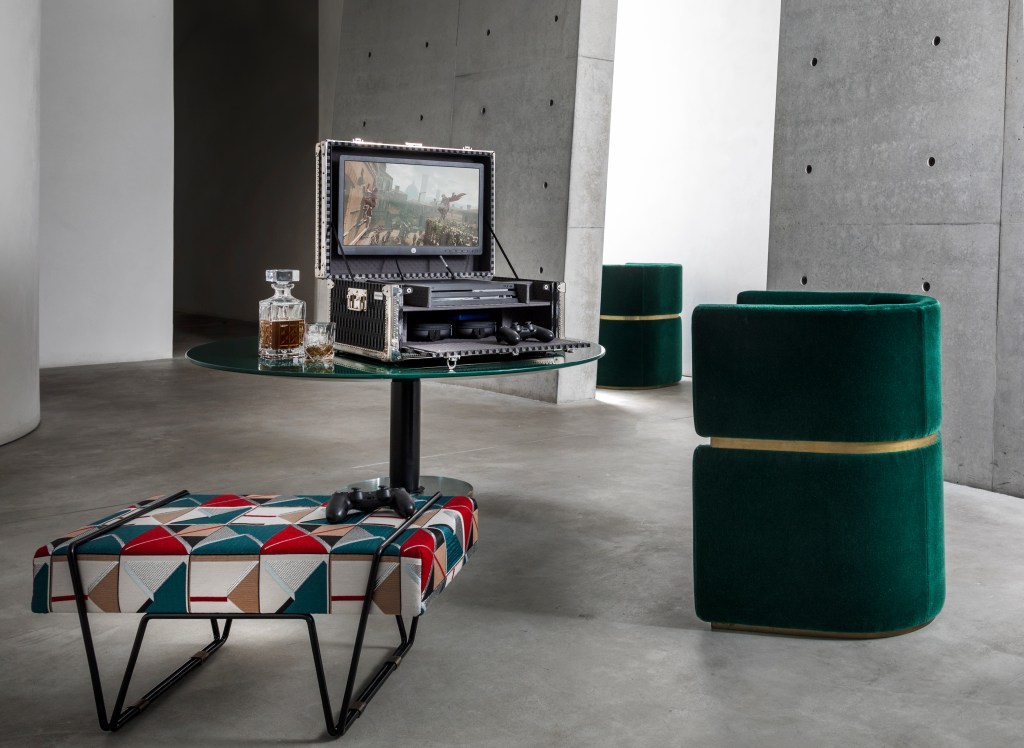 Unlike its competitors, the brand won’t be closing the door to wholesale, either, and is looking to build limited distribution with key partners around the globe.

It’s also adopting a more open approach and including in its offer a selection of small leather goods and more casual tote bags at entry-level price points, starting at 950 euros.

“Our positioning is similar to that of Hermès or Delvaux, but we want to be appreciated by a younger community too,” said Maccarrone.

But it’s the “extreme luxury” vision around the trunks that has more legs, according to Maccarrone, who thinks the trunk collections can grow to become the company’s core business and major differentiator in the market.

The idea is to treat trunks as interior design pieces and create one-off, special items that will grasp the attention of the ultrarich, be it a vinyl case, a trunk to hold the most sophisticated sound system, DJ decks or Enomatic wine dispenser, which is equipped with a nitrogen protection system to keep open luxury wine bottles drinkable for more than three weeks. 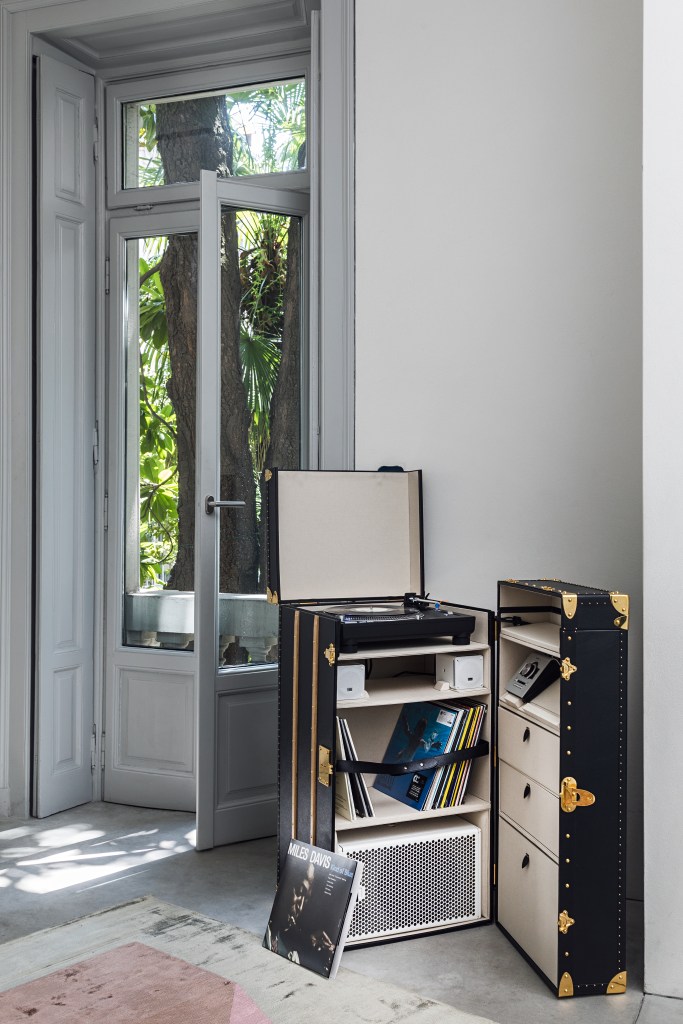 Such trunks will retail starting at 10,000 euros and are geared toward private collections, yacht owners and private hotels, which have already been placing orders.

All trunks feature the brand’s historical monogram, created using the original method of printing on coated cotton. There’s also a jacquard motif made using reflective threads that have a glow-in-the-dark feature.

The same techniques are used across the brand’s bag line, where the focus is mainly on classic, timeless styles, from chic top-handle designs to reversible canvas satchels and large totes for travel, all based on archival styles.

“We are not inventing a bag that didn’t exist before. We’re respecting the heritage and focusing on luxury materials, which is where we can really innovate,” added Maccarrone. 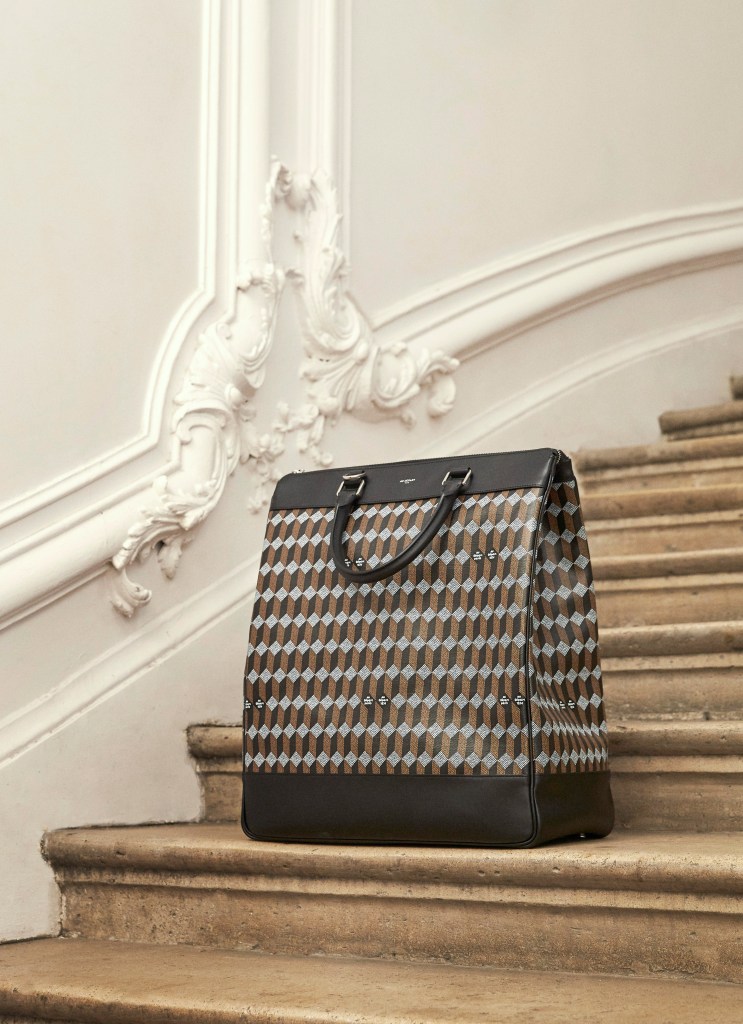