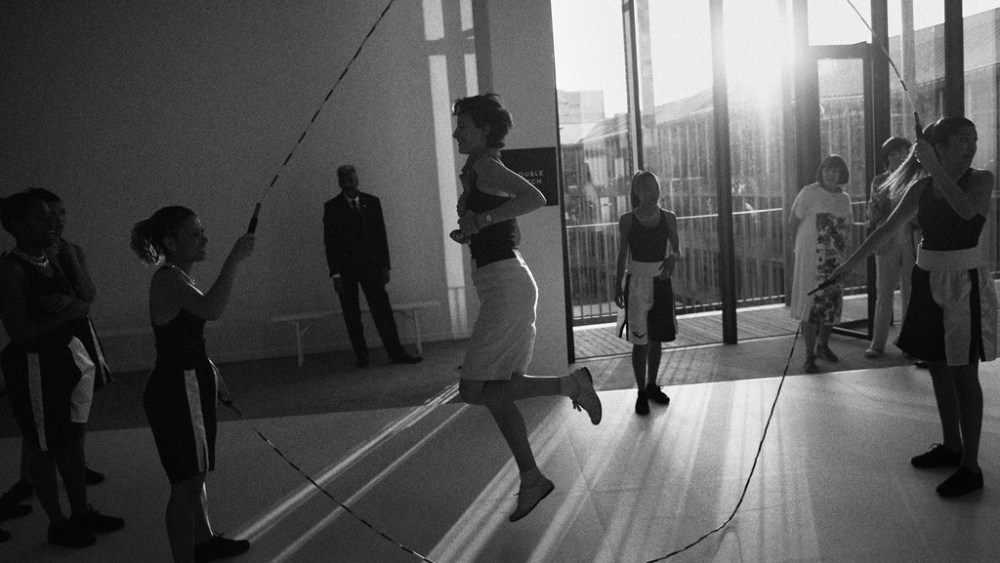 BE A SPORT: Hermès celebrated its annual theme, “A Sporting Life,” with a party on Thursday at its new facility in Pantin on the outskirts of Paris.

“I know that a number of you have been wondering what took us so long to get warmed up for this year’s theme party. Well, constructing a new building has proved a marathon in itself, and as we wish to be the first to celebrate our own stadium with you, we had to wait for the covers to come off,” he explained.

On the third floor of the sprawling building, guests could pick from hobby horses with names like Forwarded Message and Low Toner to jump over a series of low obstacles in what was dubbed a “concours d’élégance.” In another, they raced each other on mobile office chairs, while others faced off against fencers in full regalia.

The party then moved into the basement car park, where guests clamored to exchange the rubber bands they had won against gift bags filled with retro candy.

Dumas and his cousin, Hermès artistic director Pierre-Alexis Dumas, announced the winners of the evening’s competitions. Marie-Pierre Lannelongue, editor in chief of Le Monde Magazine, won the award for “Sporting Hero” while Claire Thomson-Jonville of Self Service won the “Sporting Dandy” prize for most stylish competitor.